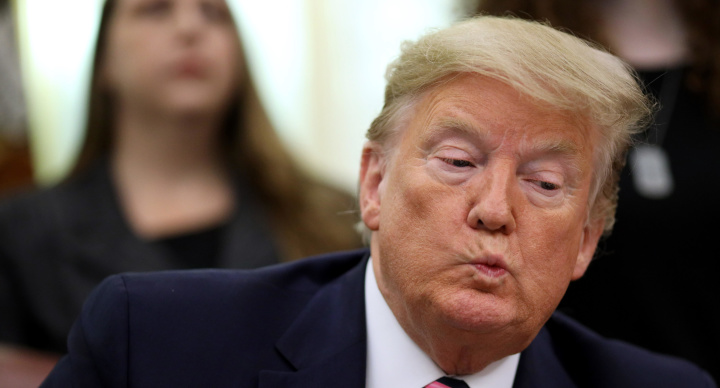 Audio seems to capture Trump saying 'Get rid of her!'

Aquarius(change)
January 24 - You might feel as if youre a lightning rod, attracting jolts of energy wherever you go. You are being cosmically empowered to set new intentions and change the direction of your trajectory. Youre prepared to crank up the volume on parts of your life that you have muted for the sake of others. The eccentric Aquarius New Moon zaps your 1st House of Identity, prompting you to transform your image and reposition yourself for future opportunities. You want to leave your imprint of originality everywhere you can, which could be shocking for everyone at first. Nevertheless, people will adjust as they eventually appreciate your authenticity. Strike while the iron is hot.
See more »