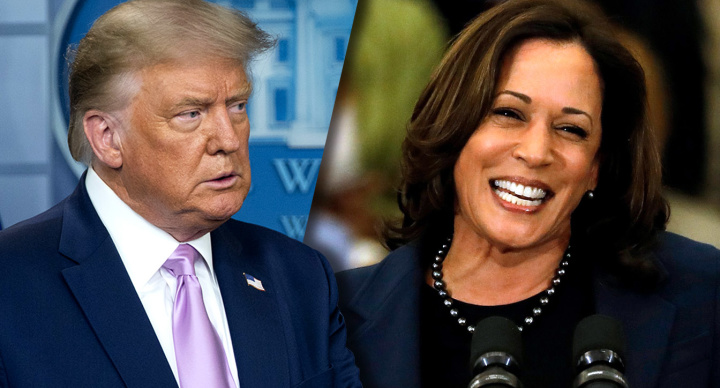 President Trump welcomed Sen. Kamala Harris to the presidential race by blasting her as "extraordinarily nasty" and calling her one of the "most liberal" members of the Senate.