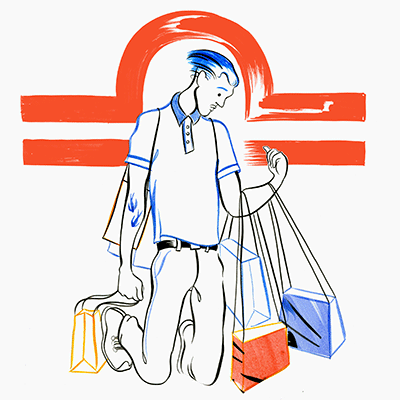 Libra, the dynamic emphasis on your sign until the end of October means you can have a lot of influence. You’ll be in your element and feeling good and confident about expressing yourself, making new friends, and reaching meaningful goals. This can be quite a month for you if you want to get ahead because feisty Mars in your sign gives you the courage to get moving on your biggest plans.

Do you want to know the best time to start? With the new moon in your sign on October 6, the cosmos has provided you with a great opportunity to get going on your dreams and ideas. Whether you want to initiate good habits, start a relationship, take on a challenge, make more money, or be more successful, get going now to make it happen.

Delectable Venus, your personal planet, moves into Sagittarius and your sector of communication on the seventh, which can give you the edge in negotiations and discussions. Lovely Venus in Sagittarius can be very wild and outspoken. There will be times when you want to be very honest, as well as times when it would be better to let the natural Venus diplomacy come to the fore. You be the judge.

This month also sees four planets turning direct, starting with underworld Pluto on October 6, followed by prudent Saturn on the tenth, generous Jupiter a week later, and lively Mercury the day after that. As a result, tension and frustration can begin to melt away.

The sun’s move into Scorpio on October 22, followed by warrior Mars eight days later, puts the emphasis on your personal financial zone. This can be your opportunity for a major overhaul. Getting everything streamlined can help you make the most of your money. Desires may be stronger than usual, so if there is something you really want, you won’t give up until you get it.

Reveal real-time guidance at your fingertips with the first-ever, astrology-centric digital dashboard. Get started with Astrology Plus today!
This month
Share
Tweet
Pin it
Illustrations by Jo Ratcliffe