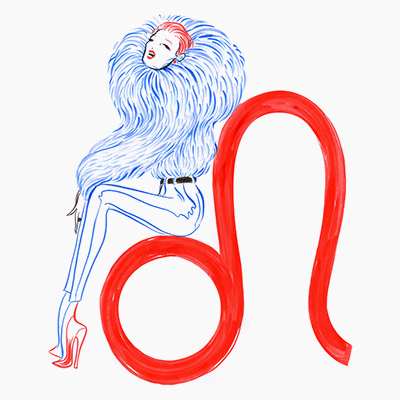 Leo, the emphasis is on your sector of talk and thought as October gets underway. The coming weeks until October 23 could find you networking, negotiating, studying and eager to make valuable new connections. With both the sun and diplomatic Venus in Libra, you’ll have a natural knack for resolving situations in a way that works for everyone. But the coming weeks are also an opportunity to showcase your creative skills and other talents. If you need to promote your business or market your work, this is an excellent time to do so.

At the same time, talkative Mercury turns direct in your money zone on the second, which can put an end to any delays and frustrations around financial affairs. You’ll soon notice the difference, and your cash flow will begin to look livelier too.

Powerful Pluto turns direct on October 8, and serious Saturn follows suit two weeks later. If you’ve run into a few obstacles in recent weeks and months, these can now begin to ease.

Tempers could fray around the time of the full moon in Aries on the ninth. Emotions could be quite feisty and fierce at times, and you certainly won’t back down from any confrontations. However, it might be better to take a more tactful approach to resolving an argument. A key relationship could suffer if you don’t.

Change is in the air as luscious Venus and the sun move into Scorpio and your domestic sector on October 23. The coming four weeks or so can be a time of healing and regeneration, especially if you take time out to relax and unwind.

The solar eclipse in Scorpio on the twenty-fifth could coincide with a major decision. You might be ready to buy or sell real estate or move to a new location, and this eclipse can hasten such developments.

Finally, feisty Mars turns retrograde in your social sector on October 30, which means that people from your past could be a bridge to new opportunities.