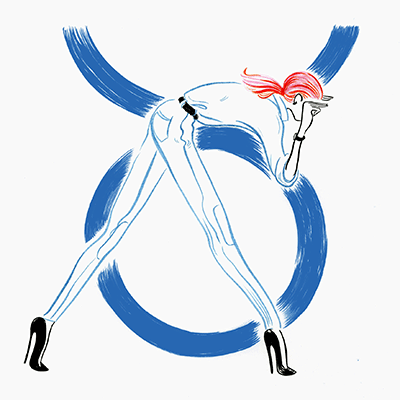 If areas of your life have seemed to stall, Taurus, things can begin to take off this month. The focus on your lifestyle zone until October 30 puts the emphasis on creating balance in your daily life. With fiery Mars in this sector until the end of October, you’ll be more proactive about getting things the way you want them. There are times when you could become complacent, but vital Mars will push you to keep at it.

The new moon in Libra on the sixth is the one to use to kick-start those new initiatives. Whether you want to adopt healthier habits or make better use of your time, now is your chance. And it works just as well for launching a business or starting a new job.

Sweet Venus, your personal planet, moves into Sagittarius and your sector of change on October 7, bringing a desire for bigger and better experiences in love or other key areas of your life. It’s time to say yes to more of everything.

This month is also exceptional because four retrograde planets turn direct in the space of two weeks between the sixth and the eighteenth, which can speed up the pace of life and bring an end to delays. Radical Pluto, prudent Saturn, jovial Jupiter, and thoughtful Mercury forge ahead and will gradually pick up speed over the coming weeks.

Emotions can reach a peak at the time of the full moon in Aries on October 20. If you are able to simplify your schedule and take it easy for a day or so, you’ll be able to take any unexpected drama in stride.

The sun’s move into Scorpio on the twenty-second, followed by dynamic Mars eight days later, brings greater passion and intensity to partnerships and other relationships. This can be a good time to take stock and cut out those connections that are like deadwood. It can pave the way for new and richer friendships.

Reveal real-time guidance at your fingertips with the first-ever, astrology-centric digital dashboard. Get started with Astrology Plus today!
october
Share
Tweet
Pin it
Illustrations by Jo Ratcliffe