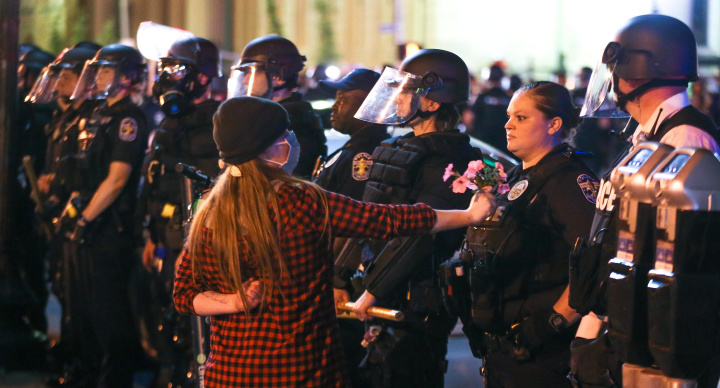 Louisville officer Katie Crews posted a Courier Journal photo of a protester across from her and said, "I hope the pepper balls that she got lit up with a little later on hurt."

Gemini(change)
June 2 - Professional pressure could be mounting. Venus in your sign is urging you to relax, but its tense beam to angry Mars in your 10th House of Career might make this impossible today. You could be tempted to quit a job or assignment, but take a few deep breaths before you do anything drastic. Retreat to a quiet corner where you can hear yourself think. After a period of reflection, you could realize its in your best interest to play the game and do whats demanded of you. Afterward, youll have an opportunity to indulge in creature comforts. Until then, toe the line.
See more »
Yahoo! Mail
Yahoo! Sports