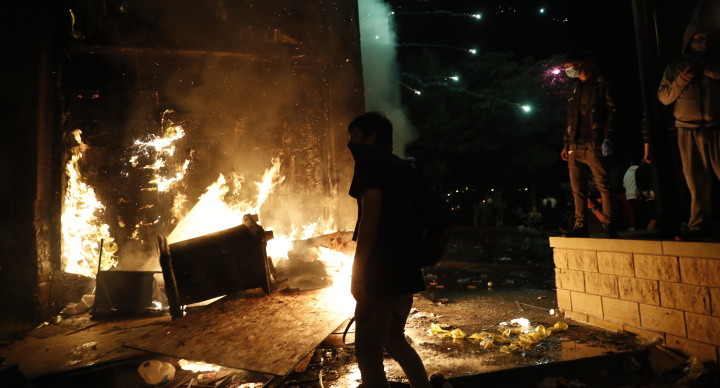 Protesters angered by the death of George Floyd, a handcuffed black man who died while in police custody, gained access to a Minneapolis police precinct on Thursday.