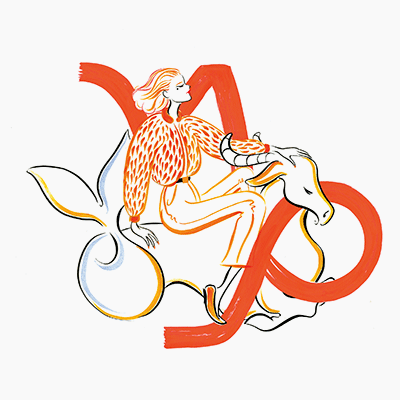 An air of unpredictability might make you more nervous than necessary. Uncertainty in your cash flow may prompt you to juggle resources to cover your expenses. However, the Aquarius New Moons presence in your 2nd House of Values inspires you to think of money as less of a necessity and more as a means of self-expression and creativity. Stabilizing your current fiscal position also multiplies your options. Rely heavily on your intuition to find an income-generating activity that proves both interesting and profitable. Henry David Thoreau wrote, Wealth is the ability to fully experience life. Get Your Complete Cosmic Profile
24 January
Reblog
Share
Tweet
Pin it
Illustrations by Jo Ratcliffe

Phillip: First of all why was he released? I get it that trump has the right to put who he wants in what ever positions, but why was he asked to resign? What was he not doing that trump feels someone else needs to do better? With that said lets look at this quote: He later told reporters that, “In the weeks after signing the certification I did become aware that the aid had been held. I never received a very clear explanation other than there were concerns about corruption in Ukraine.” So if we are not sure what exact corruption was being concerned about, why was the money released? Again what changed from the time that Trump put the money on hold, to the time he released what corruption was confirmed? Was it ever confirmed? If we have a sign off for the money saying they met all standards to receive, what info, what whistleblower, what anything came out to justify the hold?