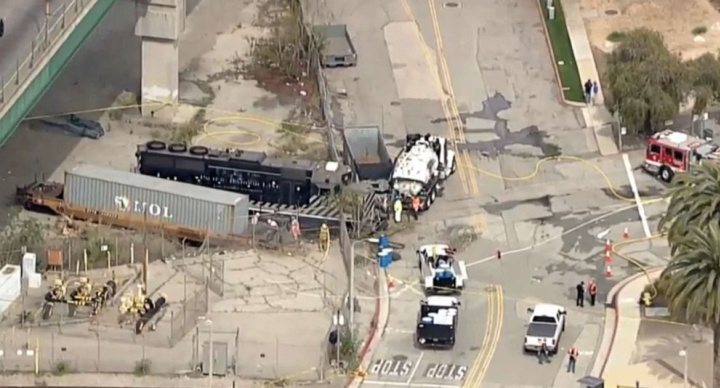 Investigators arrested a California train engineer after he allegedly derailed a train in a bid to crash into the USNS Mercy, a ship treating non-COVID-19 patients.