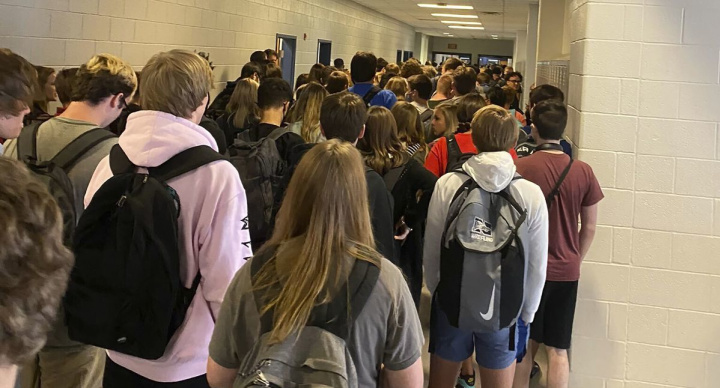 A 15-year-old student at North Paulding, Hannah Watters, was initially suspended for five days for posting images of the crowded hallways on Twitter.