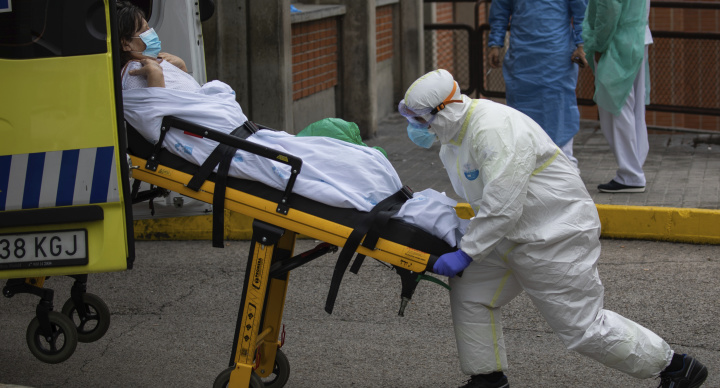 Dark turn after 'glimmers of progress' in Spain

Death rates in Spain appeared to drop over the previous four days, but they rose again Tuesday amid mixed messages from government and a chaotic testing regime.

Laborers set to return to work next week »
322 people reacting

Aries(change)
April 8 - Todays the day to get real about your most important partnerships and how to leverage them in order to reach your common goals. This is an ideal time to improve your negotiation tactics to be more inclusive or to polish your powers of persuasion in an effort to gain support for your most cherished causes. People are willing to show up for you, as long as the guidelines are clear and the goals are achievable and beneficial for everyone involved. Consider the needs of the community and you'll be sure to achieve maximum results.
See more »