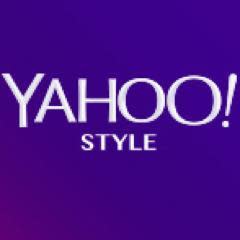 Weight Watchers will now be known as simply ‘WW’, and everyone is finding it hilarious.

Mindy Grossman, CEO of Weight Watchers, announced the name change on Twitter yesterday. She wrote: “Today we become WW. We’re committed to always being the best weight management program on the planet.

“Now we’re putting our decades of knowledge and expertise in behavioural science to work for a greater mission: going beyond weight to wellness for everybody.”

However, it seemed she couldn’t explain what the letters actually stand for. Speaking to the BBC, she said the letters did not stand for the former name Weightwatchers, nor “Wellness that works” – a slogan previously used by the company.

She added simply: “That marque represents our heritage and history and what we are going forward.” So, they don’t stand for anything?

However, the rebrand has received a less-than-convinced reception from the internet at large, with many poking fun at the choice of name.

One Twitter user pointed out the ‘shorter’ name actually takes twice as long to say, quipping it might have weight loss benefits.

It takes twice as many syllables to say the new #WeightWatchers name #WW as the original. Maybe that burns more calories or something?

Another user pointed out that, said aloud, the new name actually promises to “double you”.

Just heard on the radio how Weight Watchers are having a rebrand and their new logo is WW. Say this out loud and it says ‘double u double u’ .. surely they should promising to half you not double you ??? #weightwatchers

One person suggested the name and accompanying logo of two WWs made them think of “Wibbly Wobblies”, a joke name sometimes used for the company.

Someone else pointed out “Wibbly Wobblies” is at least easier to pronounce than WW.

My mum used to call Weight Watchers ‘wibbly wobblies’ when I was a kid, which is still easier to say than ‘double-u double-u’.

Others were not on board with the company dropping “weight” from its name, suggesting those offended by the word should “grow up”.

Weight Watchers have decided to drop the ‘Weight’ from their name to not offend people. I hope 2018 is just a phase and we all finally grow up.

But not everyone hated the name change. One woman said she “loved” the WW name and praised the company’s “courage” to embarking on the rebrand.

Love the re-brand – One thing we know is change is constant and you need courage to move forward and take the risk #ww #weightwatchers https://t.co/jJRpG2SIfX

The company’s decision to rebrand may be in part down to a hashtag campaign urging the brand to “Wake up” after it offered free membership to teenagers last summer.

The word “weigh” has also fallen out of popularity thanks to actress and presenter Jameela Jamil’s brilliant “#Iweigh” campaign, which urges women to judge their worth by attributes other than their weight – like being an activist or a yoga lover.

Obesity Crisis: As the UK is revealed to be the third fattest nation, here’s some simple lifestyle changes we could all make

14 high fibre foods we really should be eating more of