We may earn commission from links on this page, but we only recommend products we believe in. Pricing and availability are subject to change.
Rick Broida
Updated August 2, 2022, 9:44 PM·1 min read

Ready to see what all the pickleball fuss is about? Good call: This massively popular game is (relatively) easy to learn, ludicrously fun to play and a pretty good workout to boot. Plus, the gear you need is surprisingly affordable!

For those unfamiliar with it, pickleball combines elements of tennis and ping-pong, with some volleyball-style scoring thrown in for good measure. (That's why it's only "relatively" easy to learn; after months of playing, the scoring system can still turn my brain to mush.)

To get started, all you need is a paddle. Of course, because the game is best played with four people (aka "doubles"), you might want to go ahead and grab a complete set: Either two or four paddles, a few balls, a carrying case and maybe even a practice net.

Below I've rounded up some great options, most of them top-rated by hundreds, if not thousands, of Amazon shoppers. 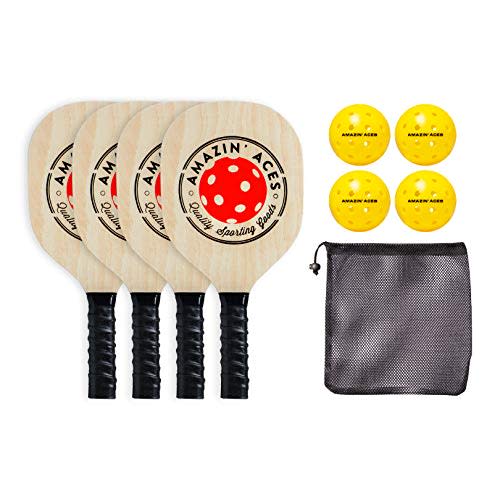 Designed with beginners in mind, the Amazin' Aces set includes four wood paddles, four balls and a mesh carrying case for the latter. Note that while the user ratings are overwhelmingly positive, some of them apply to other sets. 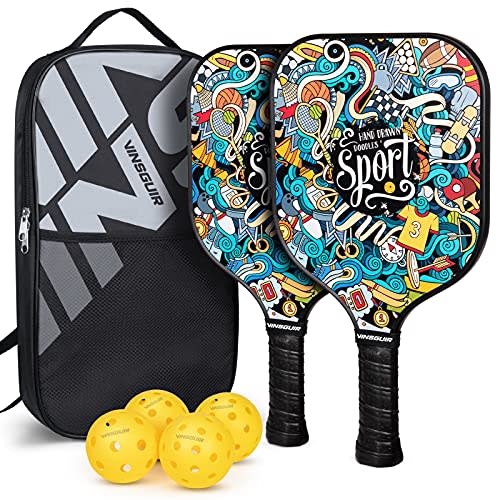 Two of the most colorful, eye-catching paddles I've seen, these are made of lightweight graphite instead of wood. Plus, they're USAPA-approved, so you're ready for the tournament circuit. The set also includes four balls and a case. 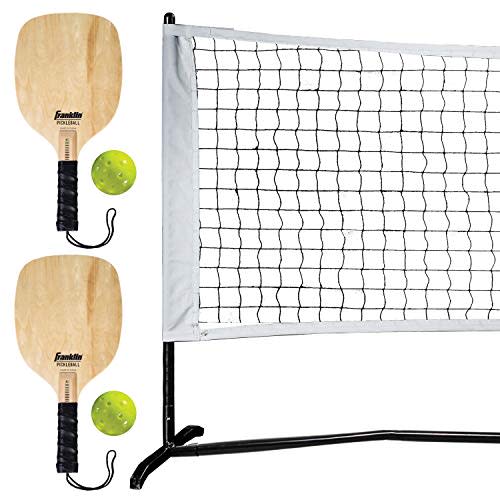 Practice your dinks just about anywhere with this set, which includes not only a pair of paddles and balls, but also a collapsible half-court (i.e. half-width) net. 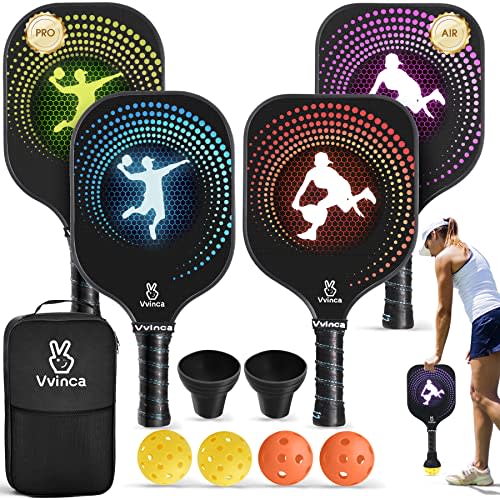 This isn't the traditional four-pack: Vvinca's set includes two V-Pro and two V-Air paddles, which are slightly different sizes and weights -- intended for different players and play styles. Plus, you get both indoor and outdoor balls along with two ball-picker-upper gizmos! 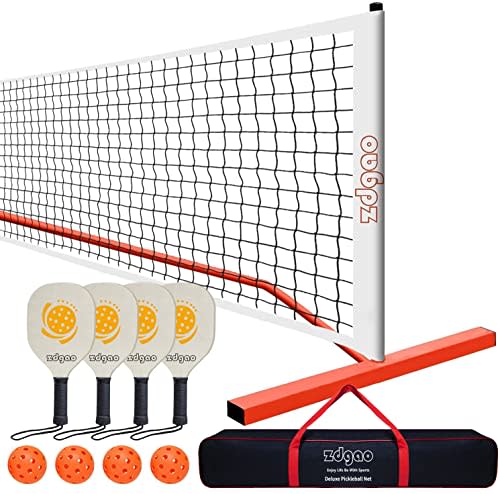 You supply the court; this set has literally everything else you need: paddles, balls and a full-size net.