Investment management company Cove Street Capital recently released its “Small Cap Value Fund” third quarter 2022 investor letter. A copy of the same can be downloaded here. In the third quarter, the fund returned -5.15% compared to -2.19% for the Russell 2000 Index and -4.61% for the Russell 2000 Value Index. In addition, you can check the top 5 holdings of the fund to know its best picks in 2022.

"Starting with the interim disappointments, the stock of Lions Gate Entertainment Corp. (NYSE:LGF-B) was under pressure during the quarter, mostly due to the market’s vacillating perception regarding the ability to create value for shareholders by splitting Starz and the legacy studio via a spin or asset sale. There was no particularly negative news, but, in general, rising interest rates and falling stock markets can be a hindrance to getting deals closed and spinoffs completed. The company did indicate via a press release that instead of spinning off Starz, the focus has moved to spinning off the studio. This pivot may sound like nothing more than semantics, but our intuition is that the studio is the more attractive asset, and thus is more likely to receive a strategic investment that helps delever the entire entity. Our sum-on-the-parts value for the studio and Starz remains materially higher than the stock’s current price and the company continues to say publicly that a “value-enhancing” deal is within reach. While the last few months have been painful for Lions Gate shareholders, we appear to be highly aligned with management, and insider buying of the stock continues to support our estimate of intrinsic value." 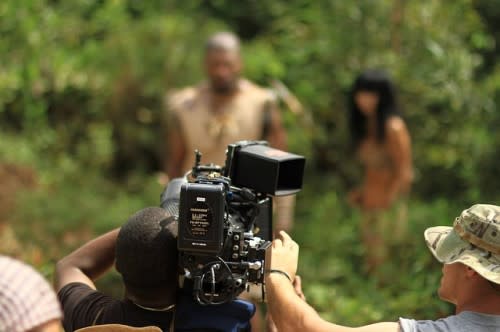 We discussed Lions Gate Entertainment Corp. (NYSE:LGF-B) in another article and shared the biggest film production companies in the world. In addition, please check out our hedge fund investor letters Q3 2022 page for more investor letters from hedge funds and other leading investors.

Disclosure: None. This article is originally published at Insider Monkey.