We recommend Amazon's Echo Show 5 for those looking to adopt a smarter type of alarm clock, and as of this writing Amazon is running a sale that brings two of the diminutive smart displays down to $60 when you use the code SHOW52PK at checkout. We've seen individual deals bring the device as low as $35 in recent months, so this offer represents a slightly better value if you know you want multiple displays around the house (or if you want to grab one for multiple people). The Echo Show 5 technically has an MSRP of $85, but its average street price has typically sat in the $40-50 range in recent months. 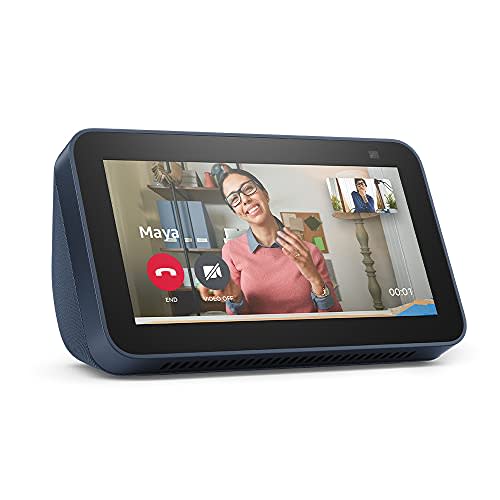 Add two to your cart and use the code SHOW52PK at checkout to see this discount.
$60 at Amazon

We gave the Echo Show 5 a review score of 85 when it launched last year, praising its solid-for-its-size sound quality, compact design, and usual suite of Alexa-aided smart features. Its most natural home is on a bedside table, as the device is fitted with features like a "sunrise" alarm that gradually brightens its screen to more gently wake you up in the morning and the ability to tap the top of the display to snooze an alarm. The device's 960 x 480 resolution display isn't exactly high-end, but it's competent enough given the device's small stature, and an ambient light sensor lets it automatically dim when you turn the lights off at night.

The device still has its uses outside of the bedroom, as it can tell you the weather, play music, display recipes, show Ring security cam feeds and control compatible smart home gear like any other Alexa machine. But that smaller display naturally won't be as pleasing for video as the panel on a larger device like the Echo Show 8, and the included camera is only 2MP, so it's best used in a pinch, not for extended video calls. (It does come with a privacy shutter, however.) This also isn't the most performant device, so it's better off sticking to simpler Alexa commands, casual music streaming, and that alarm clock functionality.

All of that is easier to accept when the device is deeply discounted, though. Google's Nest Hub is a fine alternative for those who prefer to use the Google Assistant or just want a bedside display with no camera at all. If you're looking to add a couple of smart displays to your home and are already onboard with Alexa, though, this is a solid chance to save a few bucks.