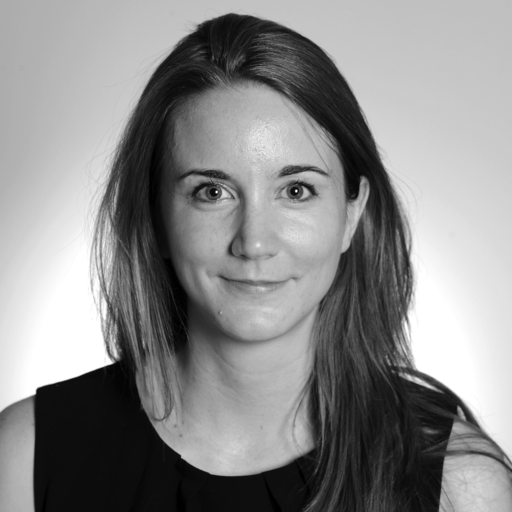 TAMPA, Fla. — Scott Schiff, a 21-year-old marketing major at the University of South Florida (USF), paused on his way out of the library on a recent afternoon as he was waylaid by his classmate Edwin Tirado.

“Are you registered to vote?” Tirado, wearing sunglasses and holding a clipboard, asked him.

Most students blew by Tirado and the handful of other young Clinton campaign volunteers, saying they were in a rush or had already registered. But Schiff stopped and updated his party registration from Independent to Democrat. He also changed his address so he could vote at the student center on Election Day instead of in a polling station 250 miles away in his hometown of Fort Lauderdale.

The college senior said he’d “probably” vote for Hillary Clinton because he does not want her rival Donald Trump to become president. “We’ll see,” he said. “I know she’s experienced, but it’s a little scary how she’s dishonest.”

He considers Clinton “the lesser of two evils,” Schiff said. “It’s my first election, and I don’t want to pass that up.”

Voters like Schiff are crucial for Clinton in Florida, where the so-called ground game could be more important than in any other state. The Sunshine State elects presidents every four years by some of the slimmest margins in the country, and its 29 Electoral College voters are the largest number of any swing state.

“Ground game” is used to describe the wide array of campaign activities physically taking place in the swing states, as opposed to things like television ad buys, which can be organized from the comfort of campaign headquarters. When political operatives discuss ground game, they’re often referring to efforts to directly talk to hundreds of thousands of people like Schiff in order to persuade them to register, turn out and ultimately vote for their candidate.

Florida will be a key test of the Clinton campaign’s sophisticated and data-powered get-out-the-vote operation, which campaign manager Robby Mook has been building for a year and a half in key battleground states.

There, her well-funded campaign machine is methodically focused on rebuilding the coalition of minority and young voters who contributed to Barack Obama’s narrow victory in the state in 2012. At college campuses throughout Florida, Clinton’s team is feverishly registering millennials, hoping they will push her over the edge. And the campaign needs its sophisticated data-analytics operation and deep investment in the ground game to overcome a potential lack of enthusiasm in key constituencies — such as African-African voters — that must turn out for Clinton, whether or not they feel excited about it, so that she can win.

Meanwhile, the Trump campaign is resting its Florida hopes almost entirely on the local and national Republican Party’s operation, which has steadily been registering voters for two years and has stepped up its ground game significantly since 2012. Trump has advertised sporadically in the state, was slow to open a couple dozen campaign offices, and his spotty operation has been dogged by staff shakeups. (Trump’s Florida director, Karen Giorno, was abruptly replaced just last month.) The campaign also faces its own turnout challenges: It must get working-class white voters, who do not reliably vote, to the polls and convince wary, establishment-oriented Republicans to cast their ballots for Trump.

The Clinton campaign has more than 500 staffers and about 65 field offices in the state dedicated solely to getting Clinton elected. Lindsay Walters, a spokeswoman for the Republican National Committee, said more than 1,000 Florida staffers are helping to elect Trump, counting people who work for the Republican Party. However, these staffers are not dedicated solely to Trump’s election, and they spend much of their effort working on local races. “Trump inherited our ground game operation,” Walters said.

So far, Republicans have managed to roughly keep up with Democrats in voter registration efforts in Florida. As of last month, Republicans had 4,459,087 registered voters while Democrats had 4,733,359. Republicans increased their number by slightly more voters than Democrats did over the past year, but the big Democratic push just began in August on college campuses. The registration deadline in the state is Oct. 11.

“Both campaigns have been very aggressively registering voters,” said Susan MacManus, a political science professor at USF. “It’s looking like another 1 percent election.”

Both campaigns face a potential enthusiasm gap in the voters they need to turn out to win, which puts even more pressure on the campaigns’ get-out-the-vote operations. The Clinton campaign is seeing skepticism about its candidate in both young and minority voters. The Trump campaign needs to turn out both traditional conservatives skeptical of the celebrity businessman and the working-class, mostly white and disproportionately male coalition that makes up his base.

“The key worries are millennials and minority communities,” MacManus said of the Clinton campaign. “For the Republicans, their turnout problem is the Never Trump people and all these new blue-collar, white voters that have been brought into the fold by Trump. Will they show up?”

Politico recently reported that some Democrats were beginning to “panic” in Florida over low black voter enthusiasm for Clinton. But the Clinton campaign brushed that off as an overreaction, saying their support in the community is light years ahead of Trump’s. “Our volunteers are organizing voters across Florida and highlighting Clinton’s plans to expand opportunities for all Americans, particularly the black community, by creating an economy that works for all, not just those at the top,” Clinton’s Florida director Simone Ward said in a statement. “We’re committed to running a ground operation that will register and ultimately turn out support across the state between now and Election Day.”

Henry Crespo, president of the Democratic Black Caucus of Florida, said he’s concerned there will be less organic turnout among African-American voters this year compared to four years ago. He said many such voters felt personally committed to Obama’s reelection and brought their friends and family to the polls.

“When Obama ran for office, you had a family reunion because everybody was going to vote,” Crespo said. “Today, you go after dinner possibly for Hillary and you’re not asking your daughter to come. I think [Clinton’s] doing her thing, but it’s more about voting against the other guy. She’s got the full black support, but you need that extra push.”

Clinton can rely upon probably the most high-powered surrogates in the country — Michelle and Barack Obama — to help boost enthusiasm for her candidacy and turn out minority voters. The president was schedule campaign for her in Miami Gardens, Fla., later this week, but is rescheduling the event due to Hurricane Matthew. Trump, however, does not have many national GOP figures crisscrossing the country to convince wary establishment conservatives to back him.

The two campaigns’ operations in Florida are in many ways a microcosm of their efforts across the country. In most battleground states, Trump is largely relying upon the local Republican party to boost his sparsely staffed campaign operation, while Clinton has built a more robust operation starting far earlier than her GOP rival. Clinton’s campaign has especially focused on the early vote, even structuring its campaign organization around the early vote in swing states such as Colorado and North Carolina instead of by geographical region, Bloomberg reported. The campaign deployed Clinton to Iowa last week to highlight the start of early voting in that battleground state, and it plans more such events in the coming weeks. Campaign staffers can track supporters who vote early, thus narrowing down their get-out-the-vote efforts to a smaller pool of people who haven’t cast their ballots yet.

In Florida, both campaigns are hoping to tackle their turnout challenges by pushing their supporters to vote early, both by mail and in-person. In 2012, more than half of all Florida ballots were cast before Election Day, 43 percent from Democrats and 39 percent from Republicans. Both sides expect that share to go up this time, as early voting hours have expanded in most large counties in an effort to combat the long lines that dogged Floridians on Election Day four years ago.

More Sunshine State Republicans tend to vote by mail than Democrats, while more Democrats take advantage of the in-person early voting, which has increased dramatically this cycle and begins as early as Oct. 24 in some counties. Requests for mail-in ballots are up from both Democrats and Republicans, with a larger share of Democrats requesting them this year than in 2012. According to the Clinton campaign’s calculations, the number of Latino voters requesting early ballots is up 73 percent this year than in 2012, an encouraging sign for them. In another boon for Democrats, in-person early voting will be available for twice as many hours as it was in 2012 in major counties like Broward, Miami-Dade and Pinellas.

The Clinton campaign will urge supporters to vote early, using its data operation to target and push their most committed supporters to get their ballots in so they can move on to focusing on getting less-committed voters to the polls. Christopher Reilly, the president of the Florida College Democrats, said the University of Florida would provide vans to take students to the polls to vote early and on Election Day. Black and Latino churches will also organize “souls to the polls” trips from services to early voting locations the Sunday before Election Day.

“The message that we are trying to get out to people is that you can vote way before Election Day, and Election Day is your last chance to vote,” said Zach Learner, the director of voter protection for the Clinton campaign in Florida.

The campaign will reach voters through advertising, phone-banking and finally door-knocking to tell them where they can vote early. It relies on its data operation to tell how much contact a voter needs to get him or her to the polls.

Lindsay Walters, the spokeswoman for the RNC, said the party had invested in data analytics technology that now rivals what the Democrats have. The party would be closely tracking voters Nov. 8 in order to put its candidates over the top, she said.

Clinton and Trump visited the crucial state last week and asked their supporters to help them with their ground game. At Trump’s rally in Melbourne, Fla., volunteers fanned out among the crowd to make sure that people were registered to vote and gather names for contacts on their early voting operation. And, for hours, dozens of people ran a phone-banking operation in the shadow of Trump’s stage.

On Friday, Clinton appealed to a Florida crowd to volunteer to help get out the vote in the state. “Every call you make, every door you knock on, every person you register could make the difference,” she said. She promised to be a “good partner” for Florida if she wins the White House.

“I’ll be here in Florida so much you’ll get sick of me,” she promised.