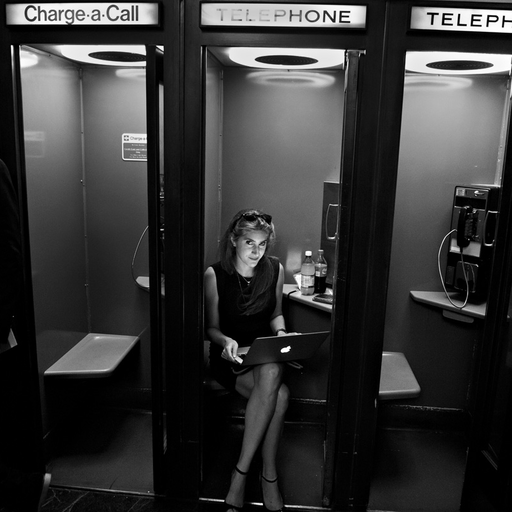 Republican presidential candidate Ted Cruz has been gaining in the polls, and that’s worrisome for many Republicans in Washington, D.C. (Photo: Joe Raedle/Getty Images)

Republican presidential candidate Ted Cruz may have a reputation among his colleagues as a jerk, but that’s not why establishment Republicans are suddenly coming out en masse against his bid for the White House.

The real reason many members of Congress and longtime operatives oppose Cruz is more practical and self-centered: They are afraid the party could lose the Senate if the brash, ultraconservative Cruz sits at the top of the 2016 Republican ticket — and rack up a much bigger bill in the process.

A prevailing line of thought held by some Republicans — the same operatives and politicians who pushed the Senate to pass a bipartisan immigration bill in 2013 — is that the GOP always was going to struggle to win back the White House given current national demographics. But these same Republicans courted donors to give to congressional campaign arms by touting that they could win back the Senate in 2014 — which they did — and then hold the majority there and in the House, turning Congress a continued failsafe against a Democratic presidential agenda should the White House remain out of reach again in 2016.

Cruz and fellow candidate Donald J. Trump are messing with that calculus. According to sources familiar with private Republican Senate leadership meetings, either one of those men at the top of the ticket could greatly increase the cost of Senate races in 2016, diverting resources from pivotal contests and turning safe seats into more competitive ones. As the map of closer races expands, so too does the overall cost to run a national campaign to maintain the majority, forcing the National Republican Senatorial Committee, the campaign arm of Senate Republicans, to spend more in states where it once planned on spending less.

In November, Senate Republicans are defending seven seats in states that President Barack Obama won twice. Strategists always expected to have to put up a serious fight and cash to win in what they call “first-tier” races — competitive states like Illinois, Wisconsin, New Hampshire, Ohio and Pennsylvania. But the growing anxiety in Washington is that with a Trump or Cruz as the nominee, Republicans will have to fight in their “second-tier” races in Nevada, Florida, Missouri, North Carolina or even Arizona.

“In any election, but particularly if Trump or Cruz are at the top of the ticket, senators are going to have to work very hard to make sure voters hear their individual voices and platforms and not be lumped in with the top of the ticket,” said Brian Walsh, a Republican strategist who spent several elections at the NRSC. “I especially look at a state like Nevada right now. Republicans are only firmly on offense in Nevada and you have a candidate at the top of the ticket who is vehemently anti-immigrant, that’s a problem no matter how good the candidates are down ticket.”

Establishment Republicans have taken notice of Cruz’s rise in the polls and are becoming more outspoken against his candidacy. (Photo: Rick Wilking/Reuters)

In the 2012 presidential election, the top five most-expensive Senate races cost between $30 million and $70.5 million, not even including outside spending, according to the Center for Responsive Politics.

At a Republican leadership retreat at the beginning of this year, House GOP leaders were presented with internal polling that suggested Cruz would be a bigger drag on down-ballot races as the party’s nominee than the much-discussed and maligned Trump. On the Senate side, leaders have been keeping regular tabs on what a Cruz or Trump nomination might mean for the NRSC, aware that a Cruz nomination could turn off mainstream Republican voters or turn out increased numbers of Democratic ones, especially in purple states.

On Thursday, Vice President Joe Biden told congressional Democrats that a Trump or Cruz nomination would be “a gift from the Lord” and that the party would have a “real shot” to make gains in Congress for the first time since being wiped out in 2010.

Though there is not yet concrete data, anecdotal estimations presented to Senate GOP leaders have suggested that the price tag for Senate races could skyrocket, with seats that might have cost the party $20 million to defend doubling in price.

Costs for Senate races during a presidential year, especially for television and radio advertising, where presidential campaigns and outside groups saturate the market and drive up ad prices, already can be structurally more expensive.

Not every Republican is moved by such arguments, however. Sen. Richard Burr of North Carolina, who is up for reelection this year, said he was not worried about the person at the top of the ticket having an effect on his race, either from a political perspective or a financial one.

“I don’t think it matters,” Burr told Yahoo News. “I could make the case that in presidential years, Senate races are less expensive because you’re piggybacking the Get Out The Vote [effort] that the [Republican National Committee] is going to do in a presidential, so the campaign is not assuming the responsibility financially for that.

“The truth is, if you’re going to win a campaign, you’re going to do everything you know works,” Burr said, noting that in a general election, when you have a Republican and a Democrat, regardless of who they are, voters will turn out. “You could probably pick 95 percent of the states that are in play right now without knowing who the nominee will be.”

But for the operatives and politicians who are less sure, the internal debate over who would be worse for the party overall — Cruz or Trump — has become a topic of much speculation. Would it be harder for senators to separate themselves from a fellow senator, like Cruz? Would Trump, who has a less conservative history, modify his language in a general election and appeal to more voters? As the establishment has lost control of the primary, these questions have been asked more frequently and yet their answers are more uncertain to the players with stakes in down-ballot races.

But as voters start heading to the polls next week, the Republicans who care about keeping the Senate majority are going to learn whether they’ll soon have to start answering $40 million questions across the country.