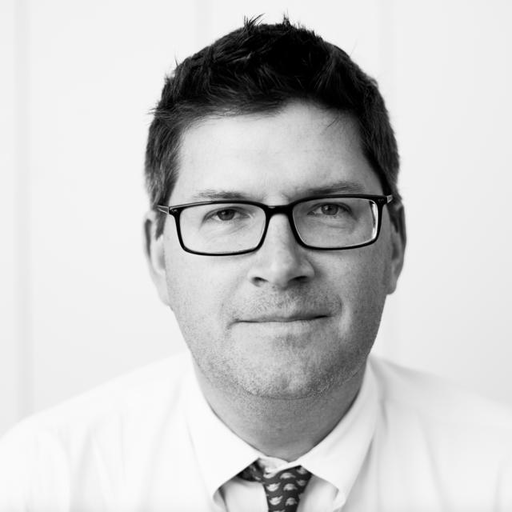 Someone stole George Washington’s wallet, but he didn’t care.

The first American president had been dead nearly two centuries when, in January 1992, an unknown perpetrator swiped a worn brown leather pouch that bore the initials G.W. on its brass clasp from the Old Barracks Museum in Trenton, N.J.

The 10-inch-long wallet was eventually returned — on Feb. 17, the day set aside for celebrating Washington’s birthday — but not before the thief made off with two Colonial bills: A $1 bill from 1779 and a 1776 bill for two-thirds of a dollar.

The story of Washington’s wallet came to mind on Friday when President Obama disclosed the contents of his pockets in an on-camera interview with a YouTube “creator,” fishing out a handful of charms and keepsakes acquired from well-wishers over the years. Obama had also shown similar curios to Yahoo News when we asked him in December what he carries around with him.

Indeed, the contents of presidential pockets from the earliest days of the republic to today provide fascinating insights into the relationship of America’s highest executives to its legal tender, as well as personal curios and talismans that speak to the eras in which they lived.

Confederate currency was among the contents found in President Lincoln’s pockets on the evening of his assassination. (Photo: Library of Congress)

Consider, for example, what President Abraham Lincoln had in his possession  when he passed the threshold of Ford’s Theater on his way to his rendezvous with fate on April 14, 1865: The only currency in Lincoln’s pockets that night was a $5 bill – in Confederate currency.

Historians at the Library of Congress, which guards his personal effects, note that Richmond had fallen days earlier, and they think that the money was a souvenir.

The contents of President Abraham Lincoln’s pockets on the evening of his assassination. (Photo: Library of Congress)

In addition to Lincoln’s wallet – brown leather, with a purple silk lining – the slain president also carried a linen handkerchief, on which “A. Lincoln” was stenciled in red; two pairs of eyeglasses; a watch fob, some newspaper clippings and a six-blade silver pocketknife with an ivory casing.

In December, after interviewing President Obama about his policy about Cuba, I asked him what I candidly described as “a goofball question” — but one I had always wanted to ask: “What do you have in your pockets?”

President Obama reaches into pants to reveal what is in his pockets. (Photo: whitehouse.gov)

Obama gamely dug into the right pocket of his suit pants and pulled out several small objects. The first was an exquisite silver and black rosary that he said he received from Pope Francis. “So that’s a good thing to have,” he said. The second was a metal poker chip Obama described as having been given to him by “a biker guy” in Iowa in 2007. The third was a tiny, worn statuette of the Hindu monkey god Hanuman.

He explained that he had a bowl full of these kinds of charms, and that his daily routine included picking out a few to carry with him.

What about a wallet, or cash? “I don’t carry cash,” the president responded.

President Obama pulls out of his pocket rosary beads that Pope Francis gave him. (Photo: whitehouse.gov)

On Friday, Obama did a series of interviews with YouTube “creators.” In his back-and-forth with one, Ingrid Nilsen, the president showed off a pocketful of charms – the rosary, “a little Buddha that a Buddhist monk gave me,” the poker chip, the Hanuman, and a tiny Coptic cross “from Ethiopia.”

“I’m not that superstitious, so it’s not like I think I have to have them on me at all times,” he explained. “But it does remind me of all of the different people that I’ve met along the way, and how much they’ve invested in me, and their stories and what their hopes and dreams are.

“If I feel tired, or I feel discouraged sometimes, you know, I can kind of reach into my pocket and I say, ‘Yeah, that’s something I can overcome because somebody gave me this privilege,’” Obama said. “‘I’d better get back to work.’”

The contents of this president’s pockets have occasionally made news before.

In October 2014, Obama disclosed that he had suffered the indignity of having his credit card rejected at a restaurant in New York, where he was attending the annual United Nations General Assembly.

“It turned out, I guess, I don’t use it enough. So they thought there was some fraud going on,” he said. “Fortunately, Michelle had hers. And I was trying to explain to the waitress, ‘No, I really think that I’ve been paying my bills.’ Even I’m affected by this.” (He’s not even the first president to have that happen to him. Bill Clinton’s credit card got the thumbs-down on a Utah ski vacation in 1999.)

Obama did not carry cash the day of his Yahoo News interview, but he has paid cash, notably on family vacation outings. “He would always have enough money to cover his tab, or potentially everyone’s tab,” his longtime personal aide, Reggie Love, told Yahoo News.

And during a July 2014 stop at Franklin’s barbecue in Austin, Texas, Obama “produced a wad of $20s for an order that came to exceed $300,” according to print pool reporter Jackie Calmes of the New York Times. But after an aide assured him that the presidential credit card was good, Obama opted to put the cost of the food on a JP Morgan card. Obama, who jumped the line, also bought the people behind him an unusual presidential present: three pounds of beef, two pounds of ribs, a half-pound of sausage, and half-pound of turkey.

Some 30 years earlier, it was President Ronald Reagan paying cash for a McDonald’s meal in Northport, Ala. Reagan bought a Big Mac, large fries and sweet tea. He paid with a $20 bill and got $17.54 in change, according to the only local reporter on hand.

U.S. President Ronald Reagan eats at a McDonald’s restaurant after addressing students at the University of Alabama in Tuscaloosa, Ala., on Oct. 16, 1984. The president ordered a Big Mac, large fries and a sweetened iced tea.  (AP Photo/Lana Harris)

Reagan sat down with a couple of startled patrons, one of whom recovered enough to ask when he had last eaten at a Mickey D’s.

“Well, it was before I got this job,“ he reportedly said, “But I kind of miss it sometimes. I figured as long as I had the opportunity, I might as well take advantage of it and stop.”

In a December 1989 interview, People magazine asked President George H. W. Bush, “When you go out, do you carry cash?”

Bush counted out $53. “I’ve had it there for quite a while,” he said. “We carry cash for restaurants.”

And Bush also dug into his wallet during a 1991 visit to a Barcroft Elementary School to satisfy a skeptical 8-year-old.

“Are you really the president?” little Anthony Henderson had asked Bush.

“Yeah. Yeah. Didn’t you know that?” Bush replied. “What did you think I was, a pretending guy?”

The president pulled out his wallet and handed the boy his driver’s license. “Can you read what that says? B-U-S-H,” Bush said.

“So you are the president!” Henderson replied.

“Are you sure?” the president responded. “Because I might have some other evidence.” He showed the boy photos of grandchildren before pulling out a familiar bit of green plastic. “How about — do you accept American Express cards?” asked Bush.

His son George W. Bush’s lack of a wallet posed a bit of a problem at the 2005 National Prayer Breakfast when the younger Bush realized as the collection plate drew near that he had no cash on hand. Vice President Dick Cheney offered to help, but Bush turned to his father, who slipped him enough for an offering.

In a November 2005 roundtable with Latin American reporters, an Argentinian journalist asked Dubya what he had in his pockets.

“The president stood up, fished in his pockets, then dramatically pulled his hands out holding nothing but a white handkerchief that he waved playfully in the air,” according to the Associated Press.

What about a watch? the reporter asked.

“Sí, Timex,” Bush said with a flourish, showing it.

“But I’m not supposed to be endorsing products.”