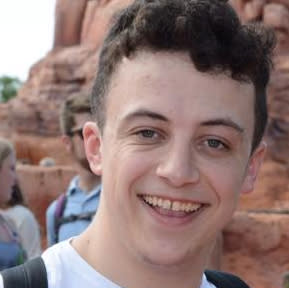 A video posted on YouTube shows a white nationalist tearfully complaining that he is under threat of arrest after he was involved in the clashes in Charlottesville last weekend.

Christopher Cantrell took part in the rally to protest the removal of a statue of Confederate hero Robert E Lee, and featured in a Vice News documentary that followed the actions of the far-right activist.

In the documentary, recorded in the days up to and after the protest in Charlottesville, a swaggering Cantwell describes how he is capable of violence.

“I’m carrying a pistol, I go to the gym all the time, I’m trying to make myself more capable of violence,” he says.

“We did not initiate force against anybody. We’re not nonviolent — we’ll f—— kill these people if we have to.”

He adds that he wants a US President who is more racist than President Trump who “does not give his daughter to a Jew” – a reference to Ivanka Trump’s marriage to Jared Kushner.

He adds that more people are going to die in the white man’s struggle for an “ethno-state”.

“The blacks are killing each other in staggering numbers from coast to coast. These people want violence, and the right is just meeting a market demand.”

But despite shows of bravado and threats of violence in the short film, a new video has shown a very different side to Cantwell.

In the video, which he posted to YouTube, he is seen crying and appears extremely fearful as he talks about the threat of arrest.

‘I have been told there’s a warrant out for my arrest’, he is heard to say in the clip.

‘With everything that’s happening, I don’t think it’s very wise for me to go anywhere. There’s a state of emergency. The National Guard is here!’

He continues: ‘I want to be peaceful. I want to be law-abiding. That was the entire point of this. I’m watching CNN talk about this as a violent, white nationalist protest. We have done everything in our power to keep this peaceful!’

He also admits to being ‘terrified’ and urges police to contact him.

‘I am armed. I do not want violence with you. I’m terrified, I’m afraid you’re going to kill me, I really am’, he remonstrates.

Yesterday, Donald Trump also faced serious condemnation for his bewildering response to the attack, after claiming that there was blame on both sides.