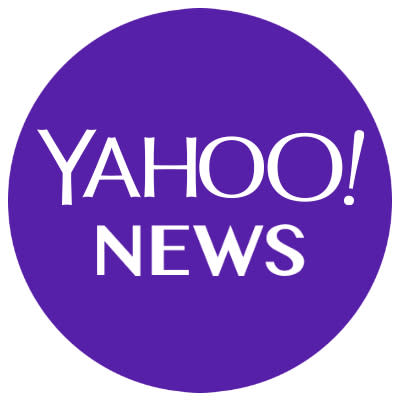 President Trump’s snap decision to withdraw all U.S. forces from Syria has set off a panic among America’s principal Kurdish allies in Syria and created a mood of impending crisis in the Kurdistan Regional Government of northern Iraq.

Officials in Erbil, the capital of Iraq’s Kurdish region, are now struggling to prepare for the consequences of what they fear will result from a hasty U.S. military withdrawal from Syria, the announcement of which caught them and even senior members of the Trump administration off-guard. Among the feared outcomes is further empowerment of Iran and Russia in the region; a steady erosion of hard-won military gains against the Islamic State group, or ISIS; and another massive refugee wave.

“Putin will seize the oil first chance he gets,” a former Russian diplomat told Yahoo News. “The regime will bring in forces for the offensive, the Russians will negotiate a deal with the Kurds. And Moscow will work with the Kurds to reconcile with the [Bashar Assad] regime.”

An estimated 3 million Syrian Kurds are living today in a de facto U.S. protectorate east of the Euphrates River in Syria — and many millions more Syrian Arabs. The Kurdistan Regional Government, or KRG, is concerned about what happens if, upon America’s departure, Turkey invades northeast Syria as it’s been threatening to do, or if the Syrian regime —  backed by Russian air power and Iranian-controlled militias — makes a play for reconquering this oil-rich region.

“Look at the position this puts us in,” one Iraqi Kurdish official,  who spoke on the condition of anonymity, told Yahoo News. “We already have 250,000 Syrian Kurds living in Iraqi Kurdistan, plus another 1.3 million internally displaced Iraqis. So where do all these Syrian Kurds go if they’re attacked? Obviously they can’t flee to Turkey. They’ll have to come to us, and our ability to cope with the previous humanitarian flood is already stretched thin.”

Turkish President Recep Tayyip Erdogan, who apparently convinced Trump to withdraw U.S. forces from Syria, was taken aback at the speed by which the U.S. president decided to do so. He has long been a critic of America’s campaign against the Islamic State group because of the composition of the Syrian Democratic Forces (SDF), the Pentagon’s foremost counterterrorism proxy.

Most units of the SDF are commanded by members of the Syrian affiliate of what Turkey, the European Union and even the U.S. State Department consider a proscribed terror organization known as the Kurdistan Workers’ Party, or PKK. This vaguely Marxist guerrilla outfit has been at war with the Turkish state, off and on, for over 40 years, and yet it has proven remarkably adept and reliable in partnering with the U.S military in waging Operation Inherent Resolve, as the Washington-led coalition against the Islamic State group is known.

U.S. diplomats have for months — and with decidedly mixed results — been trying to negotiate this awkward dilemma by persuading both the SDF and the Turkish government not to engage in any side conflict that would distract from or jeopardize the ongoing mission to defeat ISIS. The group has lost much of its territory since Inherent Resolve got underway in 2014, but it still fields 20,000-30,000 fighters spread across Syria and Iraq, according to U.S. estimates, and has shown itself still capable of waging terrorist attacks on civilians and military targets in both countries.

Now, the KRG says, by announcing its withdrawal from Syria, the United States has lost its ability to be a broker between two historical rivals, and the announcement has encouraged ISIS to take advantage of whatever chaos ensues. Already Kurdish SDF leaders are reportedly threatening to quit the fight altogether and fortify the Syrian border with Turkey in anticipation of Erdogan’s impending assault.

Nor will the SDF even have to listen to its U.S. interlocutors once American military personnel leave Syria. They will have to cast about for a new state sponsor and air force to protect them from NATO’s second-largest military. All of the available options point toward something the U.S. has for seven years wanted to avoid: a complete military victory for the Assad regime.

“While the [SDF’s] negotiating position has taken a punch in the last 48 hours, it now has flexibility on questions entirely pertinent to the Assad regime,” one Middle East intelligence official, who asked not to be named, told Yahoo News. “These are chiefly the return of the Syrian army to Kurdish areas and the handover of oil and gas resources to Damascus.”

Sir John Jenkins, a former British ambassador to both Syria and Iraq, agrees, and believes the withdrawal will drive America’s best counterterrorism ally into the arms of an anti-American dictatorship. “The PKK-aligned Kurds are blinded by ideology, but even they have been hedging their bets with Damascus. This process will now accelerate, with Iran believing even more strongly that they have the U.S. where they want them, [and] Erdogan taking this as a green light to move into northeast Syria.”

Erdogan won’t be able to make that military move without the tacit approval of the Kremlin, however. Russia, Iran and Bashar Assad have made no mystery of their collective desire to retake the U.S.-guarded province of Hasakah, home to the largest and most valuable Syrian oil deposits, as this would help lessen Assad’s need to rely on Russian and Iranian subsidies to keep his regime afloat. The Russians have even orchestrated a deal with Syria’s state oil company whereby some of these natural resources will be used to further enrich Russian mercenaries deployed in the country. And of course ISIS wants this land back because oil and gas have been main drivers of its revenue.

It’s anyone’s guess as to whether Assad, Turkey, Iran and Russia can keep the jihadists at bay, either in concert or individually. The Middle East intelligence official isn’t optimistic and likened this scenario to what transpired in October 2017 in Iraq, when the United States acceded to an Iraqi-government — and Iranian-militia — takeover of the oil-rich city of Kirkuk, which had hitherto been under the military control of the KRG.

The loss of Kirkuk, long considered the Kurds’ Jerusalem, did immense damage to the U.S.-KRG relationship, likened in Erbil to the U.S.’s failure to militarily back Iraqi Kurds in their insurrection against Saddam Hussein in 1975, which the Nixon administration organized in the first place in service of Iran’s shah.

“After the Kirkuk fallout there were big wins for Kurdish parties in the Iraqi elections,” the intelligence official said. “But the Kurds voted against American favorites. That, until this year, was without precedent.”

There was another major consequence of Kirkuk’s slipping out of KRG control: a dramatic uptick in ISIS attacks there. Joel Wing, a writer who tracks Iraqi political and military developments, calculated that since Baghdad and Tehran took control of the city, Kirkuk has not gone a single month without more than a dozen terrorist incidents and civilian and government casualties; some months have even seen upwards of 50 such incidents. “ISIS is rebuilding in the south, and the Iraqi federal government takeover has not helped with security, as there are open areas with little to no security that ISIS is exploiting.”

The Obama administration first went to war against ISIS in 2014 to protect the KRG, home to a U.S. consulate, from an impending invasion by the radical group. Iraqi Kurds have spent the last 18 months since Kirkuk’s fall watching ISIS reconstitute in an area where it had once been contained.

That history, they argue, will likely repeat itself in Syria.

“When, under Obama, the U.S. withdrew from Iraq in 2011, they didn’t just withdraw troops, they vacuumed out everything with them — most of the diplomatic presence, the intelligence-gathering capability, the technical assistance programs,” the KRG official said.

“If that happens with Syria, it’ll be a catastrophe.”