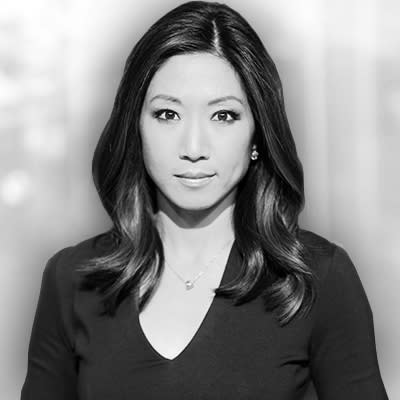 To look at the stories and images that have dominated the headlines over the past three years, you’d think that American women were all in lockstep. Galvanized by the election of Donald Trump, women have led the resistance movement, starting with the record-breaking Women’s March, fueled by the anger of the #MeToo revelations, and culminating with the 2018 midterms, when more women than ever were elected to Congress. Hoping to build on that momentum, half a dozen women have announced their presidential candidacies and are taking another crack at that highest and hardest of glass ceilings.

It would be easy to forget that the cultural tide has left behind a determined minority of women who’ve observed the Year of the Woman with indifference and, in some cases, disdain.

The divide is largely and predictably partisan. A recent survey conducted on behalf of Yahoo, HuffPost, Makers and other Verizon Media brands by Langer Research Associates showed that when it comes to issues of gender inequality, bias and power, women are as divided as the country as a whole, with their shared womanhood taking a back seat to their political ideology. Women who identified themselves as liberal or Democrat are more likely to see more women in power as a good thing, than women who identified as conservative or Republican. The survey results may partially explain why Republican women seeking political office haven’t been able to ride the tide of women’s empowerment that is increasingly tied to progressive politics.

In fact, an often-overlooked subtext of 2018’s Year of the Woman narrative is that for Republican women, it was a terrible year — one that set the number of GOP female House reps back to where it was years ago. In last year’s midterm elections, Democratic women dominated many key races and can be credited with winning more than half of the seats that flipped from red to blue in the House of Representatives. Out of a record 102 women currently serving in the House, 89 are Democrats. The 13 Republicans are down from 23 in the previous Congress. Thirty-six new women were elected to the House, but only one of them was a Republican.

“We are not going to get to gender parity if only one party is electing women to Congress,” says Debbie Walsh, director of the Center for American Women and Politics.

Women voters helped to elect the new class of Democratic women, but Republican women could not count on the women’s vote, not even from within their party. Much has been written about the fact that compared to their Democratic counterparts, Republican female candidates lack the money and resources (they don’t have an EMILY’s List, for example) to win competitive races, but less discussed is how persistent attitudes about gender roles within the conservative movement have contributed to holding women back.

Women have never had a monolithic view on policy issues such as abortion, gun control and the role of government in their lives. But the partisan differences run deeper than that — our survey suggests Republican women are far less likely to be concerned about gender inequities in general, and are less apt to perceive that women have it harder than men when it comes to gender bias. Women across the ideological spectrum may not agree on what the problem is, or indeed whether there is a problem at all.

The survey, which polled 1,008 women nationwide, found a sharp partisan divide on questions about gender and power. When asked whether having more women in positions of power would be a good thing, a bad thing, or neither good nor bad, 83 percent of Democratic women polled said a good thing — compared to 29 percent of Republican women. A majority of Republican respondents were neutral on the question, implying they didn’t feel gender representation by itself was important. Ten percent of GOP respondents actually said they felt having more women in power would be a bad thing for the nation.

In another divergence, 77 percent of women who called themselves liberal said there was a great deal or good amount of bias against women in power, compared to only 28 percent of conservative women who felt similarly.

Part of the issue, says Walsh, is that the Republican worldview shuns identity politics, emphasizing individual choice within a meritocracy in which biases don’t exist.

“I think that’s false,” says Walsh. “We know from the research that women who run for office do face different challenges. It may be harder for them to raise money. Women come up against double standards and stereotypes that hurt them when they run for office, so the notion that there is no bias is erroneous.”

It’s not just Republicans who prioritize ideology over gender representation. Take for example John McCain’s decision to choose Sarah Palin as his running mate in the 2008 presidential election. McCain hoped that Palin would draw women voters dismayed by Hillary Clinton’s loss to Barack Obama. But “Democratic women don’t support women just because they’re women,” says Walsh. “Women vote largely party, because they vote policy. The gender gap is not about the gender of the candidate. It’s about the gender of the party.”

In 2016, the gender gap between Clinton and Trump was 24 points, with the majority of women voting for Clinton. But Trump held strong with Republican women, and even won white women overall, with 52 percent of their vote.

Trump’s former campaign manager Kellyanne Conway said after the election that “many women looked past the commonality of gender and were looking for what they shared in terms of issues, ideology, vision…”

If not even the improprieties put on display in the infamous “Access Hollywood” tape and multiple sexual misconduct allegations could induce Republican women to defect in 2016, what would make them do so in 2020?

Erin Cassese, an associate professor of political science at the University of Delaware, doubts that anything will convince the “women for Trump” that he is not their man.

“I think white Republican women will vote for Trump again in 2020,” she said over email. “Partisanship will continue to be the primary force driving women’s vote choice, particularly in this highly polarized political environment.”

While a greater percentage of women turned out to vote for Democrats in the 2018 midterms than backed Clinton in 2016 — a sign that women are energized and animated after two years of Trump in the White House — white women did not defect en masse from the Republican Party. Based on exit polls, about half of white women voted for Republican candidates in the midterms.

Cassese has published multiple studies on the complicated intersection of gender and politics and has used a measure called “hostile sexism” to show how Republican women differ from Democrats and independents in their perception of gender roles. The term “hostile sexism” was devised by psychologists to describe hostility toward women who seek to “control men or upend traditional gender roles.” Cassese’s research shows Republican women scoring considerably higher than Democrats or independents on this measure.

In response to a question about what she felt were the most pressing issues for women, one respondent to our survey said, “Women are wanting to push ahead too much. They’re trying to outdo men. Too power hungry.”

The disparate attitudes among women were on stark display during the confirmation hearings for Supreme Court Justice Brett Kavanaugh. Conservative women were more willing to give Kavanaugh the benefit of the doubt than liberal women, who by and large saw his accuser, Christine Blasey Ford, as the victim. To be sure, any honest discussion about which side conservative women fell on in Kavanaugh’s confirmation can’t ignore the priority conservatives put on confirming judges and justices who align with their agenda.

As it has for decades, the abortion issue looms large in the chasm. It did in the confirmation of Kavanaugh. And it did in the Women’s March, which may have ended up dividing women as much as it united them. Conservative women, some of whom were equally disillusioned with the election of Trump, initially wanted to participate in the 2017 march. When organizers insisted on including women’s reproductive rights in its “statement of principles,” conservative women felt excluded.

In some cases, they’ve excluded themselves. Take the visual statement made by a group of congresswomen all wearing white to honor the suffrage movement during President Trump’s State of the Union address earlier this year. Not even the president could ignore them, nodding to the historic gains by women in the legislature (and oblivious to the irony that many of these women beat members of his own party on a platform of opposing him). The group of Democratic women stood and cheered in unison, a bright beacon of progress on the House floor. Over in the Republican gallery, one female representative in white, Elise Stefanik, stood too, audacious and alone in a sea of dark-suited men.

It’s not that conservative women necessarily feel pressure to vote the way their brothers, husbands and bosses believe they should, as Clinton once described these voters. Cassese says, “To say they are just doing what men tell them to do makes Republican women out to be very passive and misses the fact that they are political actors with agency and commitment to political issues and causes.”

For some of these women, the upending of the status quo in the wake of #MeToo may be as unnerving as it is to white men. As they cling to traditional gender roles and family structures, these women see their sons, husbands and brothers facing a sort of unjustified collective punishment. And some just feel the virtue signaling has gone too far and is exaggerating reality.

One respondent to our survey remarked, “A lot of girls think they are terribly discriminated against. When you really ask them, they can’t think of any [examples] … really, it’s just exaggerated.”

Inasmuch as the #MeToo movement has been co-opted into the progressive women’s agenda, it’s to the detriment of conservative women who themselves have been the victims of sexual assault and harassment. Sen. Martha McSally, an Arizona Republican who was appointed to her seat after losing an election to Democratic Sen. Kyrsten Sinema, revealed this week that while serving in the Air Force she was raped by a superior officer. Her colleague Sen. Joni Ernst, the highest-ranking GOP woman in Senate leadership, recently shared her story of being raped while in college. The unfortunate reality that the abuse of women crosses all colors and creeds may in its own way bond women together, and this is one area where having more women on both sides of the aisle in Congress can make a difference. Ernst and McSally have joined their Democratic counterparts in the upper chamber in pushing legislation to fight sexual assault in the military. Walsh says, no matter what your politics, gender parity in government is still the goal.

“For women who do get elected, they have a different set of life experiences, and those experiences do affect the way government works. … Women work across the aisle and they have different policy priorities,” she says.
_____

What Women Want Now is a program by Yahoo News and her sister sites dedicated to creating content about the issues and stories that matter most to women. Read more here.

Join the conversation with #WhatWomenWantNow.