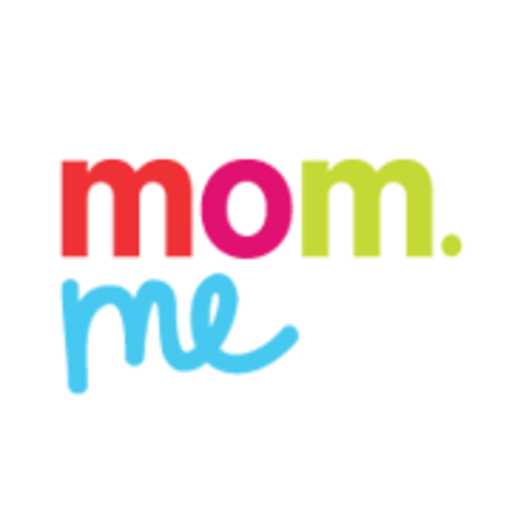 Stacie Venagro is 30 weeks pregnant and she still has a six-pack. Everybody calm down, things are going to be just fine.

The three-time World Miss Fitness America Pro and 2014 Miss Fitness Universe caught our eye when, while scrolling through Instagram, we came across her feed. Like many first-time moms-to-be, Venagro, 31, has been visually documenting her growing belly, taking and posting shots every week. The difference between her and many other pregnant women, though, is the size and shape of that belly.

RELATED: So This Toddler Has 6-Pack Abs

Thanks to decades of hardcore physical activity (she was a childhood dancer and gymnast and now owns a fitness studio in Cranston, R.I.), her core is basically made of 100 percent solid muscle. When a baby starts growing beneath all of those layers of power, it’s going to take a lot more for a bump to start showing. As a result, she has managed to maintain some semblance of a six-pack throughout her pregnancy.

Even now, in the third trimester, you can still see ripples of muscle.

So far, she’s gained a modest amount of weight, and by the looks of her recent 3-D ultrasound, the baby is coming along nicely.

On Venagro’s Instagram account, shots from past fitness competitions mingle with pictures of cribs and her Vizsla/furbaby, Brody, who surely has no idea what’s in it for him once the new star arrives. So far, there hasn’t been any real backlash to her pregnancy photos (unlike lingerie model mom Sarah Stage, who was chastised throughout —and after—her pregnancy for not showing enough.)

Venagro and I chatted about exercising while pregnant, not “eating for two,” and enjoying the occasional half-pound cookie.

When did you notice the first changes in your belly?

Halfway through, at 20 weeks, I started seeing some changes. My stomach was coming out a bit, my jeans were fitting a little differently. When I buy jeans, I’ve always had to buy jeans for my legs and butt. Now, I need to buy for my waist. (Still), I’m always in yoga pants or gym clothes, so I don’t notice as much.

At 28 weeks, I started to notice my stomach getting in the way, like when bending over, putting socks on, picking up weights, putting them down.

No, and I have to say, I’m shocked. It’s mostly been from family. My husband thinks I need to eat more. He’ll bring me home dark chocolate or peanut butter balls and say, “You can eat it, you can afford it.” And I can, and I do, but I do it in moderation.

My friend and people in the fitness world have ben extremely supportive. They know that I’m embracing this pregnancy, I’m embracing my body’s changes.

What was your doctor’s advice in the beginning?

My doctor told me all I needed was an extra 200 calories per day, none of this “eating for two” stuff. I wanted to make sure they were clean calories. I take in either a bigger breakfast or lunch and a smaller dinner. I’ll have an Isagenix shake, adding blueberries, chia and flax seeds, frozen berries, ice, water, coconut oil and powdered peanut butter. That takes it from 270 calories to more than 400 calories.

(As a fitness professional), I’m used to always eating every two to three hours; I’ve been doing that for years. So my next meal is something like egg whites, Ezekiel toast and spinach. Lunch today was a cup of Pasta e fagioli, chicken with green beans and roasted potatoes, all in a sensible portion, and mousse cake for desert.

At night, I’ll have a shake or a bar.

Even though my doctor told me I only need 200 extra calories a day … I get some flack for it. (But) I do have sweets. I have chocolate. There’s a picture on Instagram of me chowing down a half-pound cookie in Key West. It’s all in moderation. I’m taking in healthy and unhealthy calories, in a moderate way.

What does your doctor say now?

She says I’m measuring right on point. I just passed my glucose test. (The baby’s) heart rate is consistently in the 150/155 range.

What do you say to people who say pregnant women shouldn’t lift weights or let their heart rate rise above 140?

The hardest part (of pregnancy) has been people telling me, “You shouldn’t lift that.”

My cousin recently asked me what the hardest thing about pregnancy has been. The truth is, I’ve had a great pregnancy—no morning sickness, no insomnia, just a little acid reflux. I was a little tired in my first trimester, but I listened to my body and would lie down and relax in the afternoon. But for me, the hardest part has been people telling me, “You shouldn’t lift that.” My doctor said as long as I wasn’t straining, it was fine to continue lifting weights. So I haven’t gone higher than the weight I’d already been lifting to avoid straining. For example, when I got pregnant, I was lifting 15 pounds with bicep curls. So I’m staying at that; I’m not trying to go up.

I no longer do core stuff on my back because I’m in the third trimester, so I’m doing more ab things while sitting in a chair or with my back against the wall.

Coco (Ice T’s wife) recently gave birth after sporting a small bump and snapped right back into pre-pregnancy shape. She’s taken some heat from people. What do you have to say to her and women like her, who happen to sport small bumps?

As long as she was doing what’s best for her body then kuddos to her! Listening to the doctors and making sure you are on track is all you need. Don’t let someone else’s negativity ruin your day or even stress you out during your own pregnancy. One person may gain 15 pounds and the next may gain 100 pounds; everyone is different. You can only compare yourself to who you were yesterday.

I’m sure some people will read this Q & A and judge Venagro. They might say she’s depriving herself of one of the purported joys of pregnancy (i.e. letting yourself eat whatever you want.) They might fret that she’s not giving her baby enough nutrition. They might be silently jealous of her lack of weight gain while simultaneously criticizing her for not gaining enough. But the truth is, this is Venagro’s pregnancy, her body, her baby. As long as everyone is healthy and happy, let’s respect the choices other moms make.