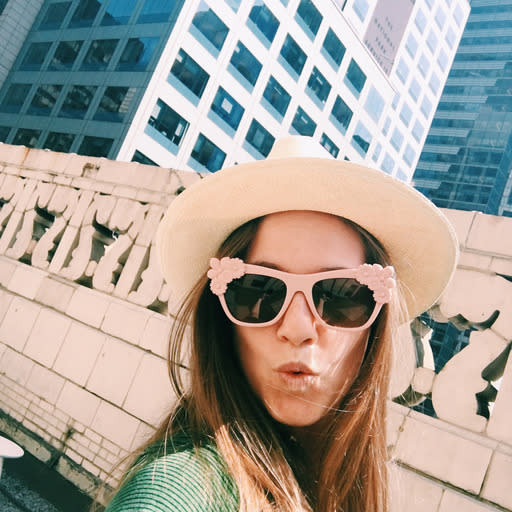 The dress Kara Morris bought for her daughter. (Photo: Screenshot/ABC 12)

When Kara Morris saw her daughter wearing a teal two-piece ensemble for the first time, she just knew the teenager had to wear it to prom. “It was amazing. I cried when I saw it on her because I knew that was the dress for her,” the Flint, Mich., mother said. “I wanted my daughter to be tasteful, so the dress is really not showing much skin at all.”

But the crop top and maxi skirt matching set was supposedly more revealing than Morris assumed because, according to ABC 12, the design was rejected by school officials based on a policy that requires all students to submit their outfits prior to attending the event. Morris spent $500 on the outfit because it’s her daughter’s last formal and she wanted it to be memorable. After she complained to the principal at Southwestern Academy, the administration agreed to rereview the proposed dress.

Southwestern Academy certainly isn’t the only institution to ask its attendees to submit their dresses for preapproval. The dress code for Delone Catholic High School in Pennsylvania states that “dresses cannot be too short, too low-cut, expose too much skin around the midriff or be inappropriately revealing.” It also specifies that guests need to be in “gender-specific formal wear” and that breaking any of these clauses could result in getting stopped at the door.

In Connecticut, a "prom gown panel" judged whether or not styles were proper enough. Made up of seven female staff members at Shelton High School, the panel reviewed 109 gowns, and 32 were prohibited. Cutouts, exposed midriffs, and excessive cleavage were all given as reasons for not getting approval from the “taste police.” Many parents, just like Morris, were mostly displeased with the fact that they spent a lot of money on an item, only to have the purchase be vetoed. Yet a school in Texas avoided this issue by asking its students to email photos to a committee before committing to the style.

Proms and school dances have witnessed controversial fashion choices for decades (just look to Sandy from Grease for proof). But now, most likely because social media has enhanced exposure of small-town issues, schools are taking steps to ensure these dress code transgressions don’t take place at all.

Schools actually have a lot of leeway in regards to enforcing strict dress codes. Some students might insist that they infringe on their freedom of speech, but public institutions have precedent on their side. Courts have insisted time and time again that students have limited First Amendment rights when they’re on school grounds. Private schools have even more flexibility considering constitutional free speech protections don’t apply to private institutions.

So will these types of mandates prevent promtroversies? Possibly. Only time will tell.