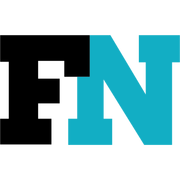 As consumers across the country rev up for Black Friday, have you ever wondered what’s behind the name? There are a range of theories about the origins of the term for the Friday that falls after Thanksgiving. Here, FN shares some of the most popular.

Let’s start with an early record of the day cited by the History Channel’s History.com. It notes the term was actually applied to a financial crisis, the crash of the U.S. gold market on Sept. 24, 1869.

The next definition dates to a January 1966 article in “The American Philatelist,” by stamp dealer Martin L. Apfelbaum, EVP of Earl P.L. Apfelbaum, Inc., Philadelphia. There, it’s the name the city’s police department gave since it typically brought major traffic and crowded sidewalks to the city as holiday shoppers hit the stores.

An alternative, and more recent narrative dating back to the early ’80s, notes the Friday after Thanksgiving as one of the most profitable days of the year due to high store volume. After a year operating at a loss or in the red, stores turned their books black, signaling a profit.

These days, retailers have expanded the actual timing of the day. Stores began promoting pre-Black Friday sales and events throughout November, taking some of the wind out of actual Black Friday sales.

Over the recent past, some retailers have even started opening their doors on Thanksgiving afternoon or evening, kicking off the sales event even earlier. As soon as the Thanksgiving table has been cleared, die-hard bargain hunters head to the stores.

For those who don’t want to fight the crowds or wait on long lines at Starbucks for a coffee break during a shopping spree, they can put on a pair of sweatpants, turn on their computers and get ready for Cyber Monday, the online equivalent of Black Friday, and one of the biggest online shopping days of the year.

Curious about the origins of Cyber Monday? It’s a term coined in 2005 by Ellen Davis of The National Retail Federation; it began because statistically the Monday after Thanksgiving was one of the biggest online shopping days of the year.

Now, lace up your sneakers and get ready to shop.