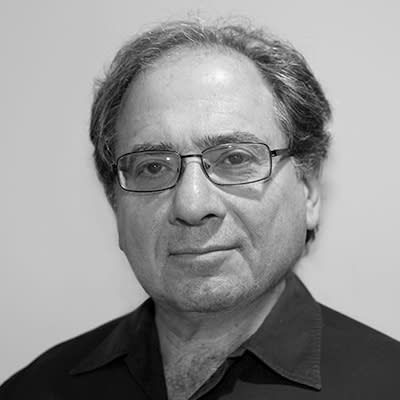 Somewhere in America, Jim Webb and Lincoln Chafee are alive and running for president. We know this because they have campaign websites, Twitter accounts and communications directors for their campaigns, although fairly uncommunicative ones. And on Tuesday night they will take their places on the stage with Hillary Clinton, Bernie Sanders and Martin O’Malley for the first Democratic presidential debate, fielding questions from Anderson Cooper. CNN has set a low bar to appear on the stage, requiring only that candidates reach an average of 1 percent in three national polls — a threshold Webb and Chafee barely meet. But one absolute requirement is that participants actually be running, which is why you won’t see “Other” on the stage, although in this compilation, he or she was running at a comparatively strong 2.5 percent.

Still, by some measures — such as campaign appearances, media visibility or returning reporters’ messages — it can be hard to discern the difference between either of these former United States senators and the elusive “Other.” Repeated emails to Webb’s spokesman Craig Crawford last week — first inquiring about his public schedule, then just seeking signs of life — went unreturned. Perhaps Crawford doesn’t like Yahoo News for some reason, although a reporter for Mother Jones magazine who tried reaching Crawford last week had an identical experience. The last public utterance of Webb’s I could track down, apart from occasional tweets, was a Sept. 28 appearance on Alan Colmes’ Fox News radio show, in which he agreed with Colmes that he was a long shot for the Democratic nomination but predicted that if he is the candidate, “I think we will win, and win big.”

Chafee’s aide Debbie Rich, described as his “communications consultant,” was only slightly more responsive than Crawford. After twice affirming that Chafee had no public schedule for the five days leading up to the debate, she was asked for evidence that he was seriously running for president and replied tersely: “He was welcomed by residents in Exeter, N.H., on Tuesday. Very good reception.” On Wednesday, Chafee took to Twitter to boast that Grammarly, a grammar-check website, had ranked his followers tops in grammar in their Facebook posts, and he followed up that news with a burst of commentary on issues as varied as the Mideast, mental health and trade policy, amounting to five tweets over two days. Donald Trump tweets more in his sleep. Chafee’s media coverage is so scanty that he couldn’t even raise a scandal last week when, speaking at a foreign policy forum, he came to the defense of the late Venezuelan strongman Hugo Chavez, a position as idiosyncratic, and considerably more fraught, as endorsing the metric system. Which he has also done.

To be sure, both candidates are running shoestring campaigns, making a virtue of necessity by ostentatiously forgoing big donations. “We’re doing what we can,” Webb said, a little plaintively, to Colmes. “We’re underfinanced. I’m known for not liking to ask people for financial help.” A profile of Chafee by the quasi-hometown Boston Globe noted that he drives himself, in his own car, to most campaign events, including his trips to Iowa. Rich said he would fly to Las Vegas for the debate.

Yet both bring to the table a wealth of experience — Chafee as a mayor, senator and governor, Webb as a decorated Marine officer, author and former Navy secretary — and some original proposals and ideas. Perhaps they’ll get a chance to show them off at the debate Tuesday. And then, who knows what could happen?