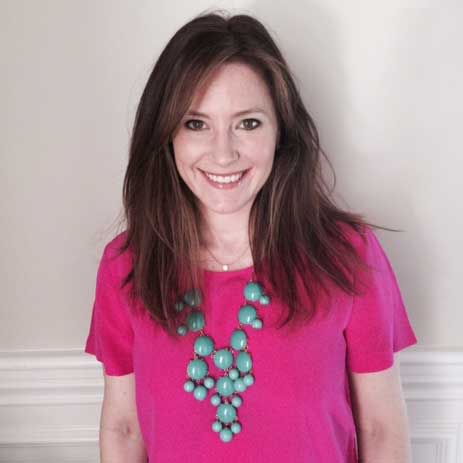 The mother of a teen who committed suicide after suffering from what she calls a rare allergy to Wi-Fi is accusing her daughter’s school of failing to protect her.

Jenny Fry, 15, was found hanging from a tree near her home in the U.K. last June. Her story is now coming to light because of a legal investigation into the cause of Jenny’s death.

Her mother, Debra Fry, told the Mirror that Jenny suffered from blinding headaches, fatigue, concentration problems, and bladder issues that she says were caused by electro-hypersensitivity syndrome (EHS), a condition in which electromagnetic radiation emitted from wireless technology, including Wi-Fi, cellphones, and cell towers, causes debilitating physical symptoms.

Although Jenny’s parents had removed Wi-Fi from their home, which helped, it was still present at her school. “Both Jenny and I were fine at home, but Jenny continued to be ill at school in certain areas,” said Fry.

Jenny received several detentions in school, not for being disruptive in class, but because she’d often have to leave the classroom to find an area away from Wi-Fi where she could concentrate.

Fry had shared information about Wi-Fi’s potential problems with the head teacher of Jenny’s school, Simon Duffy, but according to Fry, Duffy told her there was an equal amount of information that shows Wi-Fi is harmless.

“I also had a heated exchange with teachers telling them Jenny was allergic to Wi-Fi, and that it made no sense making her take detentions in rooms that were making her ill,” said Fry. “The least they could do was allow her to take them in rooms where she felt able to concentrate, but they wouldn’t listen.”

Fry believes Jenny’s suicide attempt was meant to be a cry for help. A police statement said that on the day Jenny died, she had texted a friend twice, telling the friend about her intentions to commit suicide and stating where she was, according to the Mirror. But her friend didn’t have her phone with her to see the texts in time.

“Jenny left letters for us where she said she couldn’t cope with her allergies from Wi-Fi anymore,” Fry told the Telegraph. “She left them for us in case things went too far, but I don’t believe she wanted to die.”

Fry is facing an uphill battle since EHS is not universally recognized as a medical diagnosis. A 2005 report from the World Health Organization (WHO) found that well-controlled, double-blind studies have shown that EHS symptoms did not correlate with exposure to electromagnetic fields. Still, WHO concluded: “The symptoms are certainly real and can vary widely in their severity. Whatever its cause, EHS can be a disabling problem for the affected individual.”

STORY: 13-Year-Old Dies From Using Tampons. Mom Warns It Could Happen to Others

Arthur Firstenberg, a leading anti-electromagnetic health activist, admits that EHS is not a simple subject, but that it’s not taken seriously enough by the medical community. Firstenberg believes there are genuine health issues stemming from the escalation of wireless technology, and that schools have a responsibility to keep children safe. “Imagine if this was a toxic chemical, and the school suddenly decided to spray the chemical throughout the school just because other schools were doing it,” Firstenberg told Yahoo Parenting. “Don’t people have a responsibility for what they do, regardless of whether others are doing it too?”

“Just because Wi-Fi is new and all around us doesn’t mean it is safe,” Fry told the Telegraph. “Wi-Fi and children do not mix. Much more research needs to be done into this because I believe that Wi-Fi killed my daughter.”

Jenny’s parents are now trying to raise awareness about the dangers of Wi-Fi. Fry added, “I am not against a bit of technology, but I do feel schools should be aware that some children are going to be sensitive to it and reduce its use.”