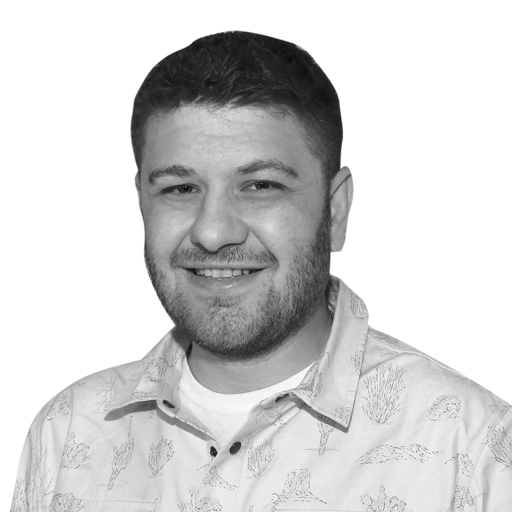 Sen. Ted Cruz is surprised that his Republican presidential primary rival Donald Trump doesn’t like being described as having “New York values.” Cruz’s remarks led to a testy exchange with Trump at the Republican debate Thursday evening. But in a brief conversation with Yahoo on Friday evening, Cruz stressed it was actually Trump who first said his New York roots informed his positions.

Cruz also argued that Trump was trying to “distract” from his past comments by invoking the September 11 attacks at the GOP debate.

“I think it is puzzling that Donald expressed being offended at being described as embodying New York values because Donald is the one who relied upon that characterization to describe his own views in an extensive interview with Tim Russert,” Cruz said.

In that conversation, Trump repeatedly said being a New Yorker affected his views on gay rights and abortion. Trump told Russert he had not made up his mind on same-sex marriage, but he said the idea of gays joining the military did not bother him.

“I mean, hey, I lived in New York City and Manhattan all my life, OK? So, you know, my views are a little bit different than if I lived in Iowa perhaps, but it’s not something that would disturb me,” Trump said.

“Well, look, I’m — I’m very pro-choice. I hate the concept of abortion. I
hate it. I hate everything it stands for. I cringe when I listen to people debating the subject, but you still — I just believe in choice,” said Trump. “Again, it may be a little bit of a New York background because there is some different attitude in different parts of the country. And, you know, I was raised in New York, and grew up, and work, and everything else in New York City. But I am strongly for choice and yet I hate the concept of abortion.”

Trump later specified he would not ban partial-birth abortion. Cruz recounted the interview in his conversation with Yahoo.

While Trump remains the GOP presidential frontrunner, Cruz has emerged as his top rival and is leading the polls in Iowa, the first state on the primary calendar.

Since ending up at the head of the pack, the pair have increasingly begun sparring. Cruz first accused his rival of having "New York values” on Tuesday when he was asked about Trump using Bruce Springsteen’s song “Born in the USA” at his recent rallies. Trump began playing the song after raising questions about whether Cruz, who was born in Canada, is eligible to run for president. Cruz countered by suggesting Trump “embodies New York values” and should use Frank Sinatra’s “New York, New York” instead.

Cruz was asked to elaborate on this at the debate on Thursday.

“Everyone understands that the values in New York City are socially liberal, are pro-abortion, are pro-gay marriage, focus around money and the media,” Cruz said.

Trump responded by claiming Cruz “insulted a lot of people.”

"New York is a great place. It’s got great people. It’s got loving people, wonderful people. When the World Trade Center came down, I saw something that no place on Earth could have handled more beautifully, more humanely than New York,” Trump said.

Cruz argued to Yahoo that Trump was trying to avoid discussing what he actually said in the 1999 interview.

“It was not surprising that he would attempt to distract from his own positions and his own records by changing the subject, but his characterization stands,” said Cruz, adding, “He explained that the key to understanding Donald Trump’s worldview is understanding that he is from New York City, from Manhattan, and those are the values and views that he has embraced his entire life. … Now that he’s a presidential candidate, he is articulating a different set of values from those that he embraced the first 60 years of his life.”

Cruz also suggested that Trump was actually feigning outrage on the debate stage.

“It’s more than a little curious that he puts on a face of outrage that anyone would say that he reflects New York values when he himself is the one who characterized his views that way,” Cruz explained.

Some New Yorkers have taken offense at Cruz’s remarks. However, Cruz told Yahoo he is aware not everyone in the city holds liberal views.

“I think people across the country know exactly what New York values convey and those are, of course, not the values of millions of hardworking men and women, millions of police officers, and firefighters, and first responders, and conservatives across the state who, frankly, the political leadership in New York has abandoned," Cruz said.

Given Cruz’s eagerness to point to Trump’s comments in the 1999 interview, Yahoo asked whether he plans to use the footage in a campaign ad.

"We don’t have any intention to do so,” said Cruz. “I have always believed that, in the democratic process, truth will out and peoples' records naturally come out through the give and take of politics.”

Yahoo also inquired Cruz about his experiences visiting New York. We asked whether he has a favorite place or restaurant in the city and Cruz was stumped.

“You know I don’t know that I do,” Cruz said, beginning to laugh. “Sorry, don’t have a good answer for you on that one.”