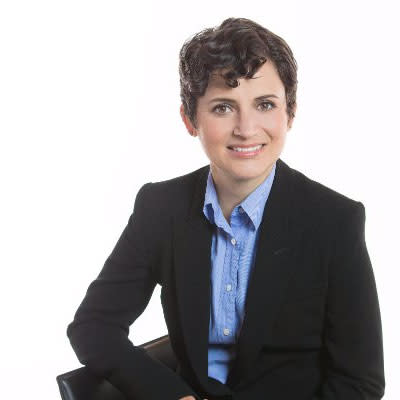 The Supreme Court’s newest justice, Donald Trump appointee Neil Gorsuch, invoked the framers of the U.S. Constitution on Wednesday while questioning a government lawyer about a high-profile digital privacy dispute.

Gorsuch questioned whether the framers might have been concerned about the government using third parties to access your cellphone location data without a warrant, in a case that turns on a decades-old legal concept known as third-party doctrine.

That doctrine says that if you voluntarily hand over information to third parties — like a cellphone network provider such as AT&T (T) or Yahoo parent Verizon (VZ) — then you lose the expectation that it will remain private.

“Isn’t that argument exactly what the framers were concerned about?”

In citing the Constitution’s framers, Gorsuch seemed to question the legitimacy of this doctrine, which the government says allows it to search cellphone records that track suspects’ movements without a warrant.

“You know, John Adams said one of the reasons for the war was the use by the government of third parties to obtain information forced them to help as their snitches and snoops. Why — why isn’t this argument exactly what the framers were concerned about?” Gorsuch asked Michael Dreeben, deputy solicitor general at the Department of Justice, according to the court transcript.

Dreeben countered: “Well, I think that those — those were writs that allowed people acting under governmental power to enter any place they wanted to search for anything that they wanted.”

That answer prompted this response from Gorsuch: “Isn’t that exactly your argument here, that so long as a third party’s involved, we can get anything we want?”

Gorsuch was not the only justice to raise privacy concerns during Wednesday’s hearing, with liberal Justice Sonia Sotomayor noting that Americans “want to avoid Big Brother.” She added, “They want to avoid the concept that government will be able to see and locate you anywhere you are at any point in time.”

Still, Justice Anthony Kennedy, the swing voter on the court, pointed out that a person’s location is less private than private bank records. “Your whereabouts are publicly known. People can see you. Surveillance officers can follow you,” he noted.

The case argued Wednesday, Carpenter v. U.S., will look at whether the Fourth Amendment — which guarantees your right against unreasonable searches and seizures — protects you against warrantless searches of cellphone records that track your movements.

The dispute fittingly stems from a string of robberies of T-Mobile (TMUS) and Radio Shack locations involving the theft of smartphones. Police used cellphone location records to help convict a man named Timothy Carpenter in the case, which he argues violated his Fourth Amendment rights.

If the court does find the Fourth Amendment protects against warrantless access to cellphone location data, the justices could usher in a new wave of privacy rights in the U.S.

“I think Carpenter could significantly increase protection for the electronic data,” Erwin Chemerinsky, the dean of Berkeley Law and a Supreme Court expert, previously told Yahoo Finance in an email message.

He added: “The court may well overrule its earlier decisions that there is no privacy interest if third parties have the information.”