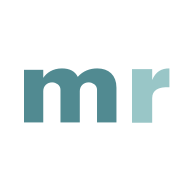 The “Waffle House Index” is an informal but useful barometer (that’s apparently actually used by FEMA) that gauges the impact of a crisis or natural disaster based on how many of the 24 hour breakfast chain’s locations are closed. The COVID-19 pandemic shattered the previous record for closed Waffle Houses, which is how you know things are pretty bad. Now, the temporary closure of a historic confectioner for just the second time in its 99-year history underscores just how serious the pandemic has become.

On March 27, California-based See’s Candies announced it would temporarily suspend operations ranging from production to fulfillment. This marks the first time since World War II that See’s, known for its chocolate that’s sold at 200-plus retail locations around the U.S., has had to shut things down.

According to an announcement from the company’s customer service team, See’s will be refunding all outstanding orders, and that its fulfillment, shipping and call center departments will be shutting down. Any such refunds should be processed and issued in the next one to two weeks.

As a company whose only other work interruption was caused by a literal World War (“due to rationing,” the announcement says), See’s acknowledged that this was a difficult but necessary step. “Given the current events with COVID-19, and our concern for the health and safety of our employees, we have made the decision to initiate an interruption once again” the announcement reads. ”Please know that we did not make this decision lightly.”

If life is like a box of chocolates, and most of life is on pause right now, it only makes sense that a company that sells boxes of chocolates would pause its production for the first time in nearly 80 years. Hopefully what See’s sells will taste that much sweeter once everything is back to normal.