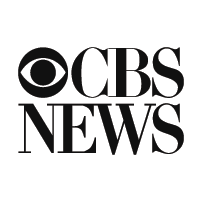 Moscow — The United States delivered its first batch of coronavirus humanitarian aid, including dozens of ventilators, to Russia this week. The delivery came just weeks after Russia sent a similar shipment to the U.S., and as both countries continue to battle the spread of COVID-19.

The U.S. Embassy in Moscow said on Thursday that 50 ventilators had arrived in the Russian capital as part of the $5.6 million humanitarian package. A total of 200 U.S.-manufactured ventilators were to be delivered, including a second batch expected to arrive next week.

The donation came after Russia sent a cargo of medical supplies to New York in early April, and after a phone conversation between Presidents Donald Trump and Vladimir Putin. The United States has more confirmed COVID-19 cases than any other nation, at almost 1.6 million. Russia has the second largest outbreak with over 326,000.

While U.S.-Russia relations remain strained, diplomats on both sides have welcomed the exchange of medical supplied amid the pandemic.

"In times of crisis, the United States and Russia must work together to save lives," Embassy spokeswoman Rebecca Ross wrote on Twitter.

The U.S. ventilators that arrived this week are destined for the Pirogov National Medical and Surgical Center in Moscow, but will be distributed further from there, Zakharova said. The medical center's spokesperson declined to comment on how the ventilators would be used when contacted by CBS News on Friday, saying the hospital was not authorized to discuss the issue.

The "much-needed" ventilators were ready for immediate use in Russia, the U.S. Embassy said in an emailed statement.

Russia was forced to suspend use of one model of domestically produced ventilator after two deadly hospital fires earlier this month. Six COVID-19 patients died at an intensive care unit (ICU) in St. Petersburg and one in Moscow in those blazes. Investigations are continuing, but there were suggestions that both incidents may have been caused by faulty ventilators.

Dozens of ventilators of the model in question were part of Russia's humanitarian aid delivery to the U.S., but the Federal Emergency Management Agency said they were never used.

While the exchange has been touted by officials on both sides as a display of humanitarian good will, it has nonetheless highlighted the ongoing tension between Moscow and Washington.

The U.S. government said it had purchased the supplies sent by Russia, while Moscow said the costs were covered by the Russian Direct Investment Fund.

In addition, the Russian ventilators sent to the U.S. were produced by a plant owned by a company among those sanctioned by the U.S. government following Moscow's annexation of Crimea in 2014.

A tractor pulls the first batch of medical aid from the United States, including 50 ventilators, donated to help the country tackle the coronavirus outbreak, from a U.S. Air Force C-17 Globemaster transport plane upon its landing at Vnukovo International Airport outside Moscow, Russia, May 21, 2020. Evgenia Novozhenina/AP

On Thursday evening, Russian state-run television lauded the arrival of the U.S. supplies as "a return act of good will." The report showed the cargo being unloaded, with logos of the U.S. Agency for International Development (USAID) visible on the goods, at a Moscow airport.

The report failed to mention that the U.S. aid agency was forced to suspend operations in Russia in 2012, after two decades of work there, when the Russian government accused it and other U.S.-funded NGOs of meddling in domestic politics.

Investigators to examine safety issues that may have worsened Michigan flooding

Meet Biscuits and Gravy, the two-faced kitten from Oregon

Changing your look? There's a scientific explanation of why quarantine makeovers are so popular