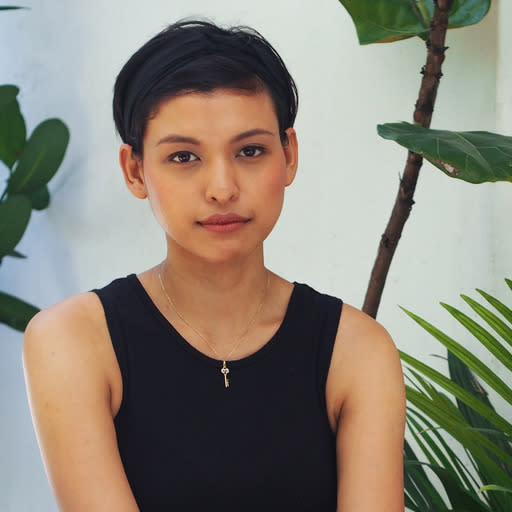 He added that organisers were not focused on the number of attendees for this year’s event.

“Hong Lim Park has already exceeded its capacity. So rather than focus on numbers, we decided to focus on personal messages from Singaporeans and Permanent Residents, which was a huge success,” he said.

These personal messages were written on the pink placards distributed to Singaporeans and Permanent Residents (PRs) at the event.

This is the first time that Pink Dot Singapore, which aims to create awareness on issues faced by the country’s lesbian, gay, bisexual and transgender (LGBT) community, replaced its traditional light-up of pink torches - to form a “pink dot” at the park - with the raising of pink placards.

According to the event’s organisers, all of their 5,000 placards were given out, with messages of “inclusive love” and “freedom to love” written on them.

Last year, Pink Dot Singapore attracted 28,000 people, with the crowd spilling out across the road. The first event was held in 2009, which reportedly drew only 1,000 people.

“We’re all human beings, why can’t we just live as we want to? If you think about it, and you don’t think about sexuality and sex, and just them as human beings, why can’t we do it?” said TV host and this year’s event ambassador, Anita Kapoor. The two other ambassador’s for this year’s Pink Dot were local rapper Shigga Shay and getai singer Liu Ling Ling.

Based on what several attendees told Yahoo Singapore, the annual event has helped to increase openness towards the LGBT community in Singapore.

Engineer Ben Tan, 26, said: “For an Asian city, Singapore is more open towards the LGBT community. It’s very rare for such an event to be held so openly in this part of the world… events like this have encouraged more people to open up and accept LGBT individuals. Ten years ago, my parents and friends were surprised and upset when I came out as gay. These days, my mum will invite my boyfriend home for dinner.”

Freelance photographer Jet Oh, 27, said:”Singaporeans are now quite open towards the LGBT community as compared with 10 years ago when people were more conservative. Today, Singaporeans may not be completely open yet, but I guess it takes time to even out the misconceptions that society have. It’s hard, but it gets easier.”

Patient service associate Jayne Law, 28, felt that Pink Dot should start reaching out to the family members of LGBT individuals. “I have some friends who had to move out of their houses because their family members couldn’t accept that they are LGBT. The message should also be directed at families, so they can be more open.”