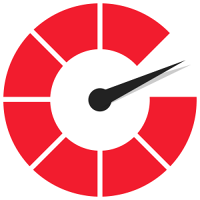 Electric vehicle startup Rivian last week gave us a sneak peak of the progress being made on its idled factory floor in Normal, Ill., via an internal video for employees that it decided to make public. Now, the company says that the coronavirus outbreak has disrupted the retooling project enough to force it to push plans to launch production back to 2021, from later this year.Rivian confirmed the details to the Chicago Tribune. The company said it had anticipated hiring thousands of employees to staff the former Mitsubishi plant, located about 130 miles southwest of Chicago, but that only a skeleton crew of maintenance workers, plus about 60 contractors doing mostly electrical work at a safe distance from one another, remain on site.“There are 11 Rivian employees there in 2.6 million square feet,” spokeswoman Amy Mast told the paper.Rivian announced on March 20 it was shutting down its U.S. facilities. The company says it continues to pay all hourly and salaried employees in full during the hiatus.Rivian purchased the plant, which once also served as a Mitsubishi-Chrysler joint venture, for $16 million in 2017. It had aimed to begin building the R1T electric pickup truck by December 2020. The factory will also build the R1S, an SUV, and 100,000 electric delivery vans built atop its skateboard EV platform for Amazon, which led a $700 million round of investment last year into the startup automaker.The plant will also build an electric vehicle for Lincoln, also based on Rivian’s platform, expected in 2022. Ford last year invested $500 million in Rivian to help develop electric vehicles.Related Video: Filed under: Green,Truck,SUV,Electric,Future,RivianRivian production launch pushed back to 2021 because of coronavirus originally appeared on Autoblog on Wed, 8 Apr 2020 15:12:00 EDT. Please see our terms for use of feeds. Permalink | Email this | Comments