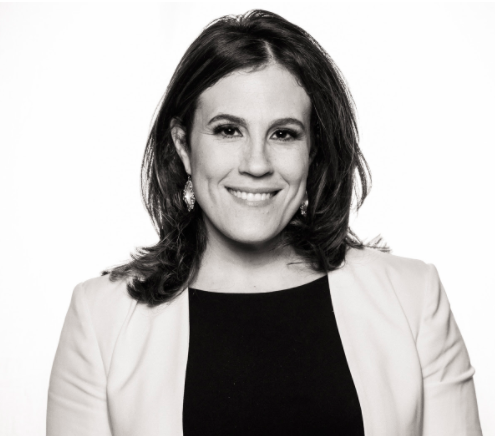 Tech is destroying old business models everywhere. But there may be hope for rental-car companies, which could partner with tech giants entering the race to develop driverless cars.

That’s because tech companies, including Alphabet (GOOGL, GOOG) and Apple (AAPL), don’t have the full fleet of capabilities they need to scale in the driverless market. And original equipment manufacturers (OEMs) like Ford (F) and General Motors (GM) developing driverless car technology need fleet management help, according to analysts.

This is where the rental car companies step up.

“[Rental car companies] have experience in financing, buying, and reselling large numbers of vehicles, and have the real estate and physical urban presence to maintain, clean, and potentially (in an electric car context) run fleets,” according to Goldman Sachs’ Stefan Burgstaller.

America’s established rental car companies already have in place the infrastructure that could enable these new technologies to get to scale overnight.

That’s why recent partnership announcements have been met with such optimism by the market. On Monday, Waymo — the self-driving car unit of Alphabet — announced a partnership with Avis (CAR) for the rental company to service (i.e. clean, change oil, rotate tires) its initial fleet of 600 Chrysler Pacifica minivans. And the same day, documents showed that Hertz (HTZ) is leasing three vehicles to Apple to test self-driving technology.

While those deals may sound like small potatoes, analysts say these updates (particularly the Alphabet-Avis partnership) could speak to something larger. This could mean the survival of the car rental business, where many had predicted a dark end disrupted by autonomous vehicles and ride sharing.

“The rental car companies can exist as a going concern, because of their fleet acquisition / management / maintenance / disposition capabilities,” said Credit Suisse’s Anjaneya Singh. “We believe that in a driverless future, there is definitely a possibility that the rental car companies become fleet owners and operators — a business model that would not be too different from their core competency today.”

Both rental car companies’ stocks shot up on the news of their new partnerships, each rising 14% on Monday. While these specific deals may not be material in and of themselves, they suggest a viable business model for the future.

“This agreement may stir up interest from longer-term investors that have largely shunned rental car stocks because of the belief that these businesses will not survive the disruption that may be coming to the autos ecosystem,” Singh said of the Avis news.

In other words, the deals on Monday reveal that the car rental business can still be investible, despite the threat of disruptive technologies.

“The brick-and-mortar branch network and logistical capability around fleet management has some value given [Monday’s] partnership announcement,” according to Macquarie’s Hamzah Mazari.

Avis and Hertz have both been expanded their capabilities as well in recent years to position themselves. Avis’ 2013 acquisition of Zipcar (now with over 1 million members) has helped it enter the ride-sharing business. Meanwhile, Hertz has partnered with Uber and Lyft through a weekly car rental program for vehicles from its off-airport locations.

This optimism comes amid difficult times for the rental-car sector.

For a number of years after the recession, the rental car industry was buzzing. It had few competitors, with over 95% of airport-based car rentals controlled by just three companies—Hertz, Avis, and privately-held Enterprise.

However, in recent years, the companies have suffered, unable to get consistent positive pricing power, according to Deutsche Bank analyst Chris Woronka. Plus, Hertz reported a string of disappointing reports after its acquisition of Dollar Thrifty in August 2012.

“The only way I can put it is real operational challenges managing the fleet,” Woronka said. This was topped with an accounting scandal.

Meanwhile, both Avis and Hertz have shifted their fleet to more “risk vehicles,” meaning they are owned outright with the intention of eventual resale. This strategy shift, away from program vehicles (owned under a guaranteed buyback program with the manufacturer) hurt both companies as used car values have declined, Woronka said.

Activists see opportunity — Carl Icahn initiated a stake in Hertz in 2014, a position he doubled at the end of last year. But his motivations remain unclear.

At this point, the future for the rental care business is very much tied up with the uncertainty in the driverless car space—a potential beacon of light.

“With the right positioning, we believe the next ten years will present a dynamic environment that could prove rental car companies to be either valuable fleet operators or vestigal business models,” Burgstaller wrote.

Dan Loeb’s Nestle stake brings attention to the evolving packaged goods business
On Amazon buying Whole Foods: ‘The ramifications for all of retail are seismic’
This may be ‘as good as it gets’ for earnings growth, BofA analyst says
Economist warns: ‘Once again, the Fed’s credibility is on the line’