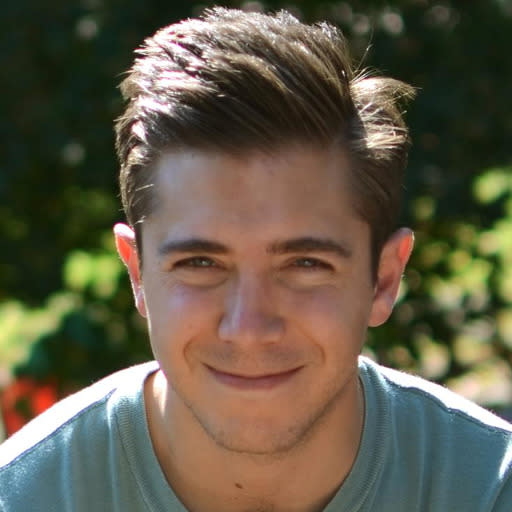 Democrats and Republicans don’t agree on much these days. But they do agree on one thing: Rep. Darrell Issa, R-Calif., is in danger.

Since 2001, Issa has represented the coastal suburbs of northern San Diego and southern Orange counties. Reliably conservative, California’s 49th congressional district has never really been much of an electoral battleground. Issa won his first House election by 33 percentage points, and for the next 16 years, no challenger ever came within 15 points of unseating him.

Last November, Issa squared off against the most serious opponent of his career: retired Marine Col. Doug Applegate. To everyone’s surprise, the Democratic rookie nearly won, finishing a mere 1,621 votes — 0.6 percentage points — behind his entrenched Republican rival. Meanwhile, California as a whole voted for Hillary Clinton by nearly 30 percentage points, and Issa’s district went for Clinton, too (by nearly 9 points).

Today, only 23 other GOP members represent districts that Clinton won; of them, Issa was reelected by the slimmest margin. This makes him, as the New York Times recently put it, “the nation’s most vulnerable incumbent.”

Issa already positioning himself for a close contest in 2018. Famous for what Mother Jones has called “his high-theater, low-yield investigations into alleged Democratic scandals involving Benghazi, the IRS, the gun sting gone awry known as Operation Fast and Furious, and Healthcare.gov, among others,” Issa has been trying to project a more bipartisan air since his near-death experience last November. He proposed one of the GOP’s first concrete Obamacare replacement plans. He backed the idea of an independent investigation into President Trump’s ties to Russia days before Attorney Gen. Jeff Sessions recused himself from the case. Last week, despite a long history of climate-science skepticism, he even joined the House’s Climate Solutions Caucus. And while Issa has yet to hold a formal town hall with his constituents, he did buck the trend among his fellow Republicans during last week’s recess and spent 90 impromptu minutes talking to protesters outside his Vista office.

Both the Democratic Party and the GOP have taken note. In January, the Democratic Congressional Campaign Committee named Issa as one of its top targets in 2018; a few weeks later, the National Republican Congressional Committee added him to its 10-member Patriot Program, a special fundraising and campaign operation that helps endangered incumbents keep their seats.

Even at this early stage, then, it’s clear that Issa’s re-election battle — likely to be against Applegate, who immediately announced that he wanted a rematch — is shaping up as one of the most fascinating races of 2018.

But ultimately, the most fascinating thing about it may be the fact that Issa isn’t alone. There are actually four House Republicans whose districts overlap with Orange County — and all of them rank among the top 25 most vulnerable Republicans in the country.

For any student of American political history, this should come as something of a shock. In the 1960s, Orange County was the heart of the conservative movement, fueling the campaigns of Barry Goldwater and, later, Ronald Reagan. Jerome Himmelstein, author of “To the Right: The Transformation of American Conservatism,” once called it “the most important place in the country, if you’re looking at the long-term rise of the right.”

Only four Democrats have carried Orange County in a statewide race in the last 50 years, defying California’s increasingly leftward tilt, and the county voted for the GOP candidate in every presidential election from 1936 to 2012, when Mitt Romney defeated Barack Obama locally by 6 percentage points.

But then came 2016 — and with it, a 15-point shift toward Clinton. The hope among Dems is that the forces behind that sudden leftward lurch will trickle down to the congressional level in time for 2018, and that the challenges Issa faces today will become the challenges his O.C. colleagues Dana Rohrabacher, Mimi Walters and Ed Royce — along with other suburban Republicans nationwide — face tomorrow.

“These areas are going to be much more contested than ever before,” says Dan Schnur, a former spokesman for the Republicans Gov. Pete Wilson and Sen.  John McCain, who currently runs the Jesse M. Unruh Institute of Politics at the University of Southern California. “Orange County is no longer an ideologically safe space for Republicans.”

So what are the forces pushing Orange County (and other similar suburban areas) to the left — and do Democrats actually have a chance of capitalizing on them in 2018 (or beyond)?

The first factor is demographics. In 1980, roughly 285,000 Latinos lived in Orange County (about 15 percent of the total population). As of 2014, that number had grown to more than 1 million (or 34 percent of the total population). Today, some central Orange County cities, such as Santa Ana, are almost entirely Latino, and Latinos are expected to surpass non-Latino whites as the county’s largest group by 2027.

In recent years, the local Asian population has surged as well. The result is a region that’s much more diverse — and much more reliant on immigrants — than it was in Ronald Reagan’s day.

At the same time, the white voters who still make up a plurality of Orange County’s electorate are, for the most part, a particular breed: wealthier and more educated than average. Nationwide, only about 5 percent of American households make more than $150,000 a year; in Orange County, that number is 20 percent. And while 59 percent of Americans have completed some college or more, in the O.C., the number is 67 percent. If you could isolate the county’s non-Latino whites, who tend to cluster in its upscale coastal enclaves, these percentages would almost certainly be higher.

Which brings us to the second force at work here: Donald Trump. In the mid-1990s, registered Republicans outnumbered Democrats in Orange County by 52 percent to 32 percent. But since then, droves of former O.C. Republicans have defected to the “no party preference” category, shrinking the GOP’s share of the electorate to about 38 percent — only 4 percentage points more than the Democrats’.

These largely white, largely affluent, largely college-educated and largely suburban voters used to be a source of strength for Republicans. But in 2016, Trump underperformed among white college graduates, and even lost college women to Clinton by 7 percentage points. Combine that weakness with Trump’s widespread unpopularity among Latinos and other minorities, and you start to see why Orange County flipped to Clinton: Trump was a particularly bad fit for its evolving electorate.

“Our wealthier enclaves didn’t vote in as high a margin for the Republican candidate as they have in the past,” admits Orange County GOP Chairman Fred Whitaker. “Meanwhile, the Latino demographic hasn’t been with us lately, and the Asian vote wasn’t as strong. Some of that had to do with Trump. He just didn’t resonate.”

“Donald Trump achieved tremendous success with white working-class voters last year, but he didn’t get those voters for free,” adds Schnur. “In order to win over all those NASCAR dads, he had to trade away a lot soccer moms.”

This presents Democrats with an opportunity. Issa was an early and vocal Trump supporter; Rohrabacher even more so, especially on issues relating to Russia. (Rohrabacher was once described as “Vladimir Putin’s favorite congressman,” and Issa, perhaps the richest member of Congress, has been called the “House Mini-Trump.”) If the president’s standing among Latinos and white college grads continues to suffer — the most recent Pew Research poll pegged Trump’s approval rating with the latter group at a paltry 38 percent, with 61 percent disapproving — then Issa & Co. could suffer as well, at least in theory.

The same goes for their colleagues in similar suburban areas. As the New York Times has noted, “the most vulnerable Republican incumbents among the 50 or so most competitive seats tend to be in relatively well-educated, metropolitan districts with above-average Hispanic populations.”

For their part, Orange County Republicans are skeptical.

“I love the DCCC’s target list,” says Whitaker. “It’s a hoot. All four of our House Republicans won in a year that was a bad year for us, locally, in the presidential election. They all won by strong margins, except for Issa. Mimi won by 17 points. So did Ed. They all have permanent campaign headquarters and significant funds on hand. And don’t forget that 2018 is an off-year, when Democratic turnout tends to drop, and Republicans tend to do better.”

“I love it,” Whitaker adds, laughing. “Come out here and waste your money.”

Whitaker has a point. But as Issa learned in 2016, the tide can quickly turn in a changing district; expectations can be upended.

Right now, progressives throughout Orange County seem energized. They’re flooding the phone lines, protesting outside offices, demanding town halls — and even hosting their own. The anti-Trump project Indivisible has a strong presence in the area — so much so that UC Irvine sociologist David Meyer, author of “The Politics of Protest: Social Movements in America,” recently predicted that “Orange County is really the front line … where the future of ‘#resistance’ is going to be written.”

But come Election Day, you can’t beat something with nothing, and neither Royce, Walters nor Rohrabacher has faced a serious challenge in recent years. So the true test for Democrats will be recruitment — both in California and elsewhere.

A military man, Applegate proved in 2016 that he’s a solid match for a region that’s home to Camp Pendleton. “Demographics have changed in the 49th,” he has said. “I knew this was a Marine district. I knew one thing the Democrats never have tried is to run a Marine. And I know that in the military, if you say anything that’s racist or misogynistic, 9 out of 10 times you’ll be disciplined for it.”

There are some early signs that other Democrats may follow Applegate’s lead. Last week, for instance, Laguna Beach businessman Harley Rouda became the second Democrat to announce that he would be challenging Rohrabacher in 2018. “We need new leadership that is willing to put country over party, and put service above self,” Rouda, 55, said in a statement.

As the founder of the national real estate company Real Living — and with a fundraising veteran of Hillary for America on his team — Rouda has at least a chance of competing with the deep-pocketed incumbent. And a Democratic source familiar with the congressional landscape tells Yahoo News to expect more candidates to come forward in the months ahead.

“There is definitely buzz in these districts,” the source says. “We feel we’re going to get great candidates.”

Whether Applegate, Rouda or others like them can actually help turn Orange County blue will depend on the campaigns they run. But Democratic upsets are increasingly possible in the county. Last year, no one thought Josh Newman, a 52-year-old Yale graduate, Army veteran and former wine bar proprietor, would be able to defeat a sitting GOP assemblywoman, Ling Ling Chang of Diamond Bar, in California’s traditionally Republican 29th state Senate district. But the first-time candidate ran a witty race — his Seinfeld-esque lawn signs read “Hello, Newman” — and now he’s a state senator.

“In Orange County, party label isn’t good enough any more,” says Schnur. “Issa in particular is not going to be able to take his re-election for granted, like he did in a pre-Trump landscape. Now he’s got to work for it — and his fellow O.C. Republicans may not be far behind.”