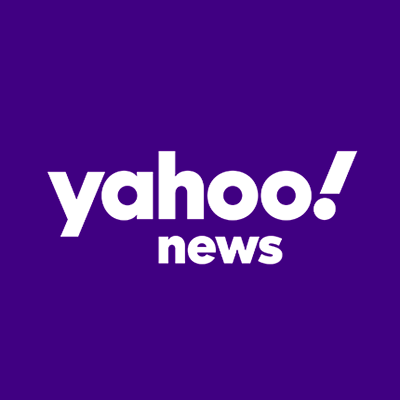 WASHINGTON — Thursday saw the escalation of the impeachment inquiry against President Trump, who stands accused of improperly exerting political influence over Ukraine, with Democrats in the House overwhelmingly voting to endorse a resolution that formalizes that inquiry.

Republicans, for their part, voted unanimously against the inquiry, presaging an impeachment fight that will see neither party willing to leave its trenches. GOP members of the House found no solace in the fact that the new resolution seemingly addresses some of their complaints about the impeachment process.

And they touted two defections from the Democratic conference as evidence that support for impeachment had been overstated by the president’s foes.

It could be weeks before the House actually votes on articles of impeachment, and it would then take a Senate vote to remove the president from office. Even so, the challenges to Trump’s presidency appear to be growing ever more dire, and Thursday’s proceedings showed the rhetoric emanating from both camps will only grow more heated.

The day on Capitol Hill opened with House Speaker Nancy Pelosi telling reporters gathered for a press conference, “The times have found us,” invoking the Founding Fathers in her explanation of why an impeachment inquiry into Trump’s conduct was necessary.

Some minutes later the Founding Fathers were summoned again, only this time it was by Republicans on the House floor who, referencing Alexander Hamilton, argued that the process was bound to be compromised, whatever its exact ramifications.

“There will always be the greatest danger that the decision will be regulated more by the comparative strength of parties, than by the real demonstrations of innocence or guilt,” Hamilton wrote in “The Federalist Papers.” Republicans have argued that the impeachment proceedings stem not from genuine concerns of wrongdoing by Trump but by a long-standing Democratic distaste for the president.

The resolution, introduced earlier this week, was supposed to make impeachment slightly more palatable for Republicans, but it appears to have failed in that regard. Republicans remain upset about the process, in which House Intelligence Committee Chairman Adam Schiff, D-Calif., will hold public hearings with key witnesses, followed by more hearings in the House Judiciary Committee, where Chairman Jerry Nadler, D-N.Y., will give Trump’s lawyers a chance to respond to evidence and call their own witnesses.

Accordingly, as they prepared to vote, Republicans denounced the Democrats, with House Minority Whip Steve Scalise, R-La., saying Democrats had “an infatuation with impeachment” and arguing —alongside a poster showing the Kremlin — that the proceedings were something out of the Soviet Union.

House Minority Leader Kevin McCarthy, R-Calif., taunted the opposition. “They are scared they cannot defeat us at the ballot box,” he said in remarks on the House floor.

McCarthy also complained that the rules for the Judiciary Committee say that Democrats will allow Trump’s attorneys to call witnesses and introduce evidence only if the White House reduces its obstruction of the inquiry by refusing to provide documents and allow witnesses to testify.

Rules Committee Chairman Jim McGovern, D-Mass., dismissed Scalise’s criticism moments later as baseless, saying that previous House impeachment inquiries in 1974 and 1998 afforded fewer due process rights to Presidents Richard Nixon and Bill Clinton. Yahoo News has previously reported that much of the inquiry process so far has followed practices first introduced and used by Republicans over the last decade, many of whom are still leaders in the House.

When the resolution was brought to the House floor for a voice vote, Democrats yelled out their approval, and were met with an equally lusty chorus of no’s from the Republican side. It was thus no surprise that when the votes were tallied, they fell along purely partisan lines, with 232 votes for the resolution and 196 against it.

No Republicans voted for it, though some Democrats had been hoping to convince at least one of more than a dozen in the GOP conference slated to retire. Many of those hopes rested on Rep. Francis Rooney of Florida and Will Hurd of Texas, both of whom have shown significant will to buck the president, and neither of whom is seeking reelection next year. Yet neither voted for the impeachment resolution.

Rep. Justin Amash, a Michigan independent who left the Republican Party earlier this year, voted in favor of the resolution. “This president will be in power for only a short time, but excusing his misbehavior will forever tarnish your name. To my Republican colleagues: Step outside your media and social bubble. History will not look kindly on disingenuous, frivolous, and false defenses of this man,” Amash wrote on Twitter just before the vote.

The closest thing to a mutiny were two Democratic votes against the resolution, both of which were widely expected in the conference: Collin Peterson of Minnesota and Jeff Van Drew of New Jersey. Both come from districts Trump won in 2016. In a subsequent press conference by Republican leadership, those votes were touted as evidence that there was bipartisan consensus — however slight — against impeachment.

And there were four House members who did not vote on the resolution at all: Jody Hice of Georgia, John Rose of Tennessee, William Timmons of South Carolina, all Republicans, and a lone Democrat, Donald McEachin of Virginia.

Thursday’s result foreshadowed how bitterly partisan the next phase of the impeachment process will be. The vote was not for or against impeachment itself, but rather an endorsement of a process that includes some concessions to the president and his congressional supporters. The GOP conference in the House could have potentially wanted to signal a willingness to legitimate the process. That would have vitiated arguments that they were obstructing a legitimate inquiry on procedural grounds simply to stop that inquiry from proceeding.

But the lack of any Republican defections showed the degree to which the GOP has closed ranks around the president, despite increasing evidence emerging from impeachment witness depositions that he sought to pressure Ukrainian authorities to investigate a political rival.

The White House responded aggressively to the vote, calling the entire process “unfair, unconstitutional, and fundamentally un-American,” according to a statement issued by communications director Stephanie Grisham.

Democrats were careful not to engage in anything that might seem like gloating. “We take no joy in having to move down this road,” Schiff said at a post-vote press conference at the Capitol. The chairmen of several other Democratic investigatory committees stood somberly beside him.

“But neither,” he added a little later, “do we shrink from it.”