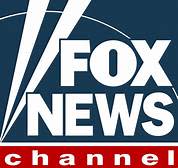 Arizona Sheriff's Deputies are struggling to keep up with the amount of illegal marijuana coming across the border. Things have gotten even harder as Mexican cartels are now smuggling what's called 'crude oil' marijuana. It's one of the strongest forms of THC vaping and it's proving to be deadly. The vaping cartridges sell for about $50. They're not only being sold on the black market, but on social media too. Detectives were able to track down a dealer near Phoenix, right from his home operation.