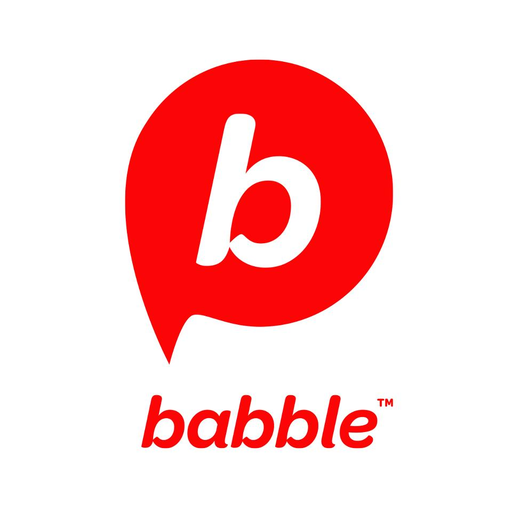 When it comes to being judged as a parent, it feels like we’ve all been there. At Babble we like to say there’s only one way to parent: yours. We’re starting the #ThisIsParenting campaign to celebrate all the ways you get things done — and end the cycle of parenting judgment.

I’m a 49-year-old mother of two 5-year-old boys. Just let that sink in for a minute.

Some days, I feel like my kids keep me young, and other days, I feel old and tired … like a walking zombie who puts shampoo in the fridge and milk in the cupboard.

Other than my back’s constant nagging, one of the hardest things about being the “old mom on the block” has been my interactions with millennial mommies. I know there are certain demographics where having kids in your 40s is no big deal, but in my neck of the woods, I’m the odd woman out. Most of the moms in my kids’ kindergarten classes are in their mid-to-late 20s … maybe early thirties. I’m old enough to be their … ahem … older sister. It’s hard not to fit in.

I’m at the older end of Gen X … like the tail end. The caboose. I’m a year or so from falling into the Baby Boomer category. Rubbing elbows with this younger generation of moms was a shock to my system. They’re younger. Sleepless nights don’t kick their butts like they do mine. They talk a lot about essential oils and the evils of high-fructose corn syrup.

And, at least half of them have visible tattoos and/or piercings beyond the standard single hole in each earlobe.

And, despite the whole “don’t judge a book by its cover” thing, as a Gen X mom, I judged them for their appearances. I’m not proud of that. In fact, it stings to admit it now, but I judged.

She’s probably got a police record. I bet there’s one of those police ankle bracelet thingies hiding under those yoga pants …

Isn’t that horrible? I thought those things. I judged and jumped to conclusions. I made assumptions about someone’s worth as a parent based on appearances.

Being narrow-minded is probably a result of my generation and conservative upbringing. When I was growing up, tattoos were for sailors, ex-cons, and fast girls who hung out with biker gangs. Anything other than ear piercing raised eyebrows and caused old ladies to cluck behind your back and speculate about how often you went to church.

You can throw virtual rotten tomatoes at me for being a narrow-minded jerk, but before you judge me too harshly, I’m happy to report that I’ve laid down my judge-y ways.

That mom with the heavily tatted arms — with the pierced nose, lip, septum, and who knows what else that’s holding her child’s hand as they walk to and from school? Guess what? She’s doing just fine. She loves her child. She’s responsible. She packs lunches, does laundry, makes doctor’s appointments, wipes noses, worries, helps with homework, makes rules, makes lists, forgets stuff, loses her temper, and celebrates the small victories of everyday motherhood … just like me.

Here’s how my perspective changed in one afternoon:

I was at a pre-K birthday party about a year ago … and kid’s parties are a special form of torture for moms in my eyes. After my offer to help was politely refused by the hostess, I joined a group of moms sitting at the picnic table next to the bouncy castle, armed with hand sanitizer and issuing intermittent safety warnings to their spawn.

I perched on the bench next to a much-younger woman, and as I gave her the side-eyes and sized her up, I noticed the many tattoos. The eyebrow piercing. The black nail polish. It’s going to be a long hour and a half, I thought to myself.

She smiled shyly. “I’m Vee,” she offered. “I always feel so awkward at these things. I never know what to say to the other moms.”

Those words went straight to my little introvert’s heart. Five seconds before, I was convinced I had absolutely nothing in common with this woman. If I’d seen her at the pediatrician’s office or the supermarket, I’d have probably jumped to a zillion conclusions based on her looks.

And I’d have been wrong.

Over the next hour and change, Vee and I talked. We talked about our kids, what we were worried about, what we were proud of, and what made us laugh. Maybe we don’t have a ton in common, but for the hour and a half that our kids played and ate cupcakes, being moms who felt awkward at gatherings where we didn’t know anyone was enough.

Vee and I aren’t good friends; I’d call her a friendly acquaintance. Our kids aren’t in the same class this year so I don’t cross paths with her very much anymore. She has no idea that our conversation on a picnic bench had such a lasting impact on me, but it did. A little peek into her world caused me to examine the way I approached — and judged — other people. All people, not just moms.

That mom with the shocking pink hair at the playground is not any less of a mom because her appearance is a little non-traditional in my eyes. No one should assume she’s edgy or outlandish based on the window dressing. No one should assume anything about her whatsoever until they make an effort to know her.

Laying down my judging has required some conscious thought and some practice. I’ve had to mentally scold myself a few times when I start jumping to conclusions based on someone’s outward appearance.

I don’t have a ton in common with the millennial moms. I still wince a little when I see a pierced septum and I completely don’t get that whole oil thing. But different doesn’t mean bad, and if you peel back a layer, you’ll find more than what you see on the surface. They are moms just like me, with the same worries, fear, and triumphs.

Which is why I put down my judging and stepped away from it, and I encourage you to do the same. Trust me — it’s worth the effort.

Join Babble’s campaign! Share your real parenting moments — the good, the bad, and the sticky — on Instagram, Twitter, and Facebook using #ThisIsParenting. Because at the end of the day, we’re all in this together.

Are we hard-wired to judge?

Yes, that’s my son in the black eyeshadow and sparkly nail polish

“My most embarrassing parenting moment”

The worst way to “help” another mom

“I Judged That Mom with the Tattoos and Pink Hair” originally appeared on Babble.com.