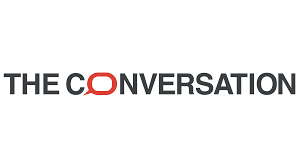 Scientists have found a way to make carbon both very hard and very stretchy by heating it under high pressure. This “compressed glassy carbon”, developed by researchers in China and the US, is also lightweight and could potentially be made in very large quantities. This means it might be a good fit for several sorts of applications, from bulletproof vests to new kinds of electronic devices.

Carbon is a special element because of the way its atoms can form different types of bonds with each other and so form different structures. For example, carbon atoms joined entirely by “sp³” bonds produce diamond, and those joined entirely by “sp²” bonds produce graphite, which can also be separated into single layers of atoms known as graphene. Another form of carbon, known as glassy carbon, is also made from sp² and has properties of both graphite and ceramics.

But the new compressed glassy carbon has a mix of sp³ and sp² bonds, which is what gives it its unusual properties. To make atomic bonds you need some additional energy. When the researchers squeezed several sheets of graphene together at high temperatures, they found certain carbon atoms were exactly in the right position to form sp³ bonds between the layers.

By studying the new material in detail, they found that just over one in five of all its bonds were sp³. This means that most of the atoms are still arranged in a graphene-like structure, but the new bonds make it look more like a large, interconnected network and give it greater strength. Over the small scale of individual graphene sheets, the atoms are arranged in an orderly, hexagonal pattern. But on a larger scale, the sheets are arranged in a disorderly fashion. This is probably what gives it the combined properties of hardness and flexibility.

The researchers made the compressed glassy carbon using a relatively simple method that could be reproduced on a large scale easily and cheaply. In simple terms, they used a sort of machine press that applies high-pressure loads to the carbon. But this must have involved several tricks to control the pressure and temperature in exactly the right way. This would have been a time-consuming process but should still be achievable for other people replicate the results.

Carbon materials are continually surprising us – and the emphasis of research has been to find or cook things in between its natural forms of diamond and graphite. This new form is the latest of what seem like limitless ways you can bond carbon atoms, following on from the discovery of graphene, cylindrical carbon nanotubes and spherical buckminsterfullerene molecules.

A material like this – that is strong, hard, lightweight and flexible – will be in high demand and could be used for all sorts of applications. For example, military uses could involve shields for jets and helicopters. In electronics, lightweight, cheaply manufactured materials with similar properties to silicon that could also have new abilities could provide a way to overcome the limitations of existing microchips.

The dream is to find a carbon material that could replace silicon altogether. What is needed is something that allows electrons to move through it quickly and whose electrons can easily be placed into an excited state to represent the on and off functions of a transistor. The researchers behind glassy carbon haven’t studied these properties in the new material so we don’t yet know how suitable it might be. But it might not be that long until another of carbon is found. So far, decades of hunting hasn’t turned up what we need, but maybe we just have to look deep down to find it.

This article was originally published on The Conversation. Read the original article.

Elton Santos acknowledges the use of computational resources from the UK national high performance computing service, ARCHER, for which access was obtained via the UKCP consortium and funded by EPSRC grant ref EP/K013564/1; and the Extreme Science and Engineering Discovery Environment (XSEDE), supported by NSF grants number TG-DMR120049 and TG-DMR150017. The Queen’s Fellow Award through the startup grant number M8407MPH and the Energy Sustainable PRP (QUB) are also acknowledged.