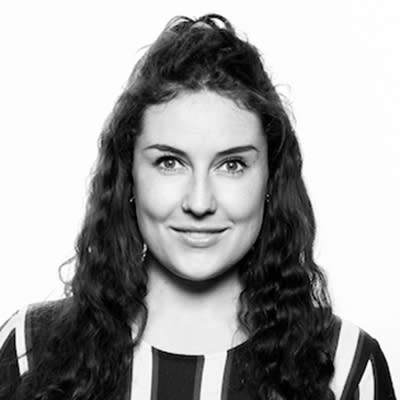 Press Secretary Sarah Sanders said: ‘Whether it’s a real video, the threat is real. His goal is to promote strong border security and strong national security.

‘I’m not talking about the nature of the video.

‘You’re focusing on wrong thing. The threat is real, what the president is talking about, the need for national security and military spending, those are very real things, there’s nothing fake about that.’

The President posted the clips from the account of Jayda Fransen, who was convicted of religiously aggravated harassment in November 2016 after verbally abusing a woman wearing a hijab.

Downing Street said: ‘Britain First seeks to divide communities in their use of hateful narratives which pedal lies and stoke tensions.

‘This causes anxiety to law abiding people. British people overwhelmingly reject the prejudiced rhetoric of the far-right, which is the antithesis of the values that this country represents: decency, tolerance and respect.

‘It is wrong for the president to have done this.’

However a spokesman said that plans for Trump’s State Visit to the UK remain in place.

At least one of the videos retweeted by the Presidents is fake, and none of them are verified.

The clip titled ‘VIDEO: Muslim migrant beats up Dutch boy on crutches!’ originates from Dutch website Dumpert, and has since been taken down.

It shows a person who is neither a Muslim nor a migrant, according to Dutch authorities.

One video titled ‘Islamist mob pushes teenage boy off roof and beats him to death’ is four years old.

The source of the videos is not clear.

Fransen was arrested again earlier this month following comments she made during a speech in Belfast and taken to Northern Ireland for questioning. She was charged with using “threatening, abusive or insulting words or behaviour”.

Paul Golding, the leader of Britain First, told Yahoo News UK that Mr Trump’s retweets are a reaction to Fransen’s arrest by the President.

‘Free speech is dead in this country. President Trump has seen the facts and this is the result.

‘To retweet her three times consecutively shows he has heard about her plight and is disgusted by it,’ said Mr Golding.

‘I think this information has made its way to the White House and the President is sharing his disgust about this Micky Mouse nonsense stoping her free speech.’

One of the videos was shared by Ann Coulter, a U.S. conservative commentator whom Mr Trump follows on Twitter.

Britain First is known for posting inflammatory and unverified videos on social media that they claim show the ‘Islamification of the UK’.

The group responded to The President’s actions with a tweet saying: ‘THE PRESIDENT OF THE UNITED STATES, DONALD TRUMP, HAS RETWEETED THREE OF DEPUTY LEADER JAYDA FRANSEN’S TWITTER VIDEOS!

‘DONALD TRUMP HIMSELF HAS RETWEETED THESE VIDEOS AND HAS AROUND 44 MILLION FOLLOWERS!

Most popular on Yahoo News UK

London Mayor Sadiq Khan slammed the move, saying: ‘Britain First is a vile, hate-fuelled organisation whose views should be condemned, not amplified.’

A number of politicians and prominent figures shared their horror and dismay, even including Paul Watson, editor of far-right conspiracy website Infowars.

Good morning, Mr President @realDonaldTrump – what the hell are you doing retweeting a bunch of unverified videos by Britain First, a bunch of disgustingly racist far-right extremists?
Please STOP this madness & undo your retweets.

Trump sharing Britain First. Let that sink in. The President of the United States is promoting a fascist, racist, extremist hate group whose leaders have been arrested and convicted. He is no ally or friend of ours. @realDonaldTrump you are not welcome in my country and my city.

Brendan Cox, the widower of MP Jo Cox who was murdered by a far-right activist who shouted ‘Britain First’ before killing her, said that Trump ‘should be ashamed of himself’.

Trump has legitimised the far right in his own country, now he’s trying to do it in ours. Spreading hatred has consequences & the President should be ashamed of himself.

The issue was raised as a point of order in Parliament Labour MPs Yvette Cooper and Stephen Doughty, who asked the Home Secretary to respond.

After posting the clips, Mr Trump then tweeted a message urging a boycott of CNN, slamming the network as ‘Fake News’. He then posted about the U.S. stock market, saying: ‘I guess somebody likes me.’

Great, and we should boycott Fake News CNN. Dealing with them is a total waste of time! https://t.co/8zJ3j7g5el

Looks like another great day for the Stock Market. Consumer Confidence is at Record High. I guess somebody likes me (my policies)!