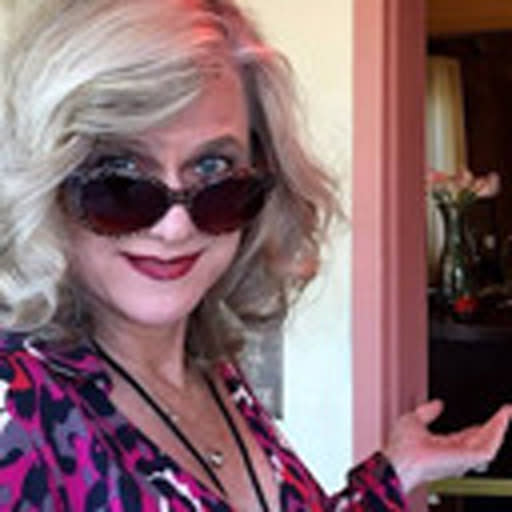 There’s no doubt you’re entering a grand Andalusian estate when you first arrive at Hacienda de la Paz, but you’ll still be surprised by what you’ll find inside and down under. (Photo by Steve Brown/Sepia Productions)

If you, like almost every one we know, are into ogling real estate, you may recall Hacienda de la Paz, which we wrote about in 2013. It’s the estate in wealthy Rolling Hills, just south of Los Angeles, where zoning prohibits homes taller than one story. So owner John Z. Blazevich excavated down into the hillside, constructing a one-of-a-kind compound with five stories underground.

The 8-acre estate, still on the market for $53 million after it hit the market two years ago, has a main residence that measures 51,000 square feet, with nine bedrooms, 25 bathrooms, a luxury guest house, two tennis courts and two pools. There’s a 10,000-square-foot underground hammam spa, and an ornate professional-grade tennis court (also underground) that doubles as a ballroom.

Those are some of the more eye-popping aspects of the estate, but there’s  more to Hacienda de la Paz (“Estate of Peace”) than its subterranean super-spaces. Blazevich and his fiancee, Alexandra McLeod, took Yahoo Real Estate behind their closed gates for an exclusive tour. Here are but a few fascinating but little-known features of the estate:

It was designed by a royal architect. Raphael Manzano Martos served as curator to Spain’s King Juan Carlos for many years, and restored some of Spain’s grand palaces. He conceived Hacienda de la Paz as a first-generation Andalusian-style country estate very similar to what you would have found in Cordoba or Sevilla at the turn of last century. This is the only private residence Manzano Martos ever designed in the Americas.

The heating and cooling systems run on geothermal power. The property uses a geothermal heat exchange system that provides for all heating and cooling needs. It even heats the hammam pool. When you dig deep, it’s possible to harness the immense power of the earth. Blazevich says he has reduced his energy bill and CO2 emissions by 65% compared with a conventional HVAC system.

The air conditioning is almost never used. Because designers used the same classical techniques employed in Andalusia’s great estates, the air conditioning is virtually unnecessary. Believe it. Yahoo Real Estate visited on a day when it was 92 degrees outside, and inside it was as cool as a cucumber. The secret? Clever architecture, sturdy walls of adobe, and attractively carved wooden screens with traditional Moorish eight-point stars, covering most of the windows.

There are no actual living quarters underground. The recreational areas, such as the hammam and the ballroom, are found in the 31,000 square feet of underground space, as are offices, most of the mechanical systems and storage facilities. But everyday living is done on the ground level of the home, which measures 20,000 square feet, and outdoors on the lushly landscaped grounds.

It was built by culinary experts for culinary experts. This is a foodie paradise. Blazevich runs a business importing seafood. McLeod graduated from Le Cordon Bleu, in addition to being a television host (she was the original host of TLC’s “Trading Spaces”). So Hacienda de la Paz is equipped with four full kitchens and two kitchenettes, not to mention several outdoor food prep spaces, one with a very popular pizza oven.

More than 100 fruit trees, including lemons, oranges, avocados, figs and olives, are flourishing, as well as a large vegetable garden. Herbs are planted throughout the estate, even between the stepping stones, so their aromas will rise to greet you as you walk. You could live on the land for months without having to run to the supermarket.

Thousands of international craftspeople were employed in the construction – including one painter who lived and worked on site for a decade. Three hundred nomadic tribesman of the Moroccan desert worked on the intricately carved sandstone ceiling, archways and capitals in the hammam spa. Artisans from Spain created the wooden interlocking ceilings, masons from Portugal worked on the limestone bricks in the driveways, and Spanish and Indian silk and wool experts wove the custom carpets, to mention just a few. A Spanish artist lived on the property for 10 years to work on the decorative painting and murals. And of course local specialists made their contributions, with some currently involved in helping to maintain the property.

There’s a chapel and a confessional, but it’s not overtly religious. Antique busts of bishops guard the entryway. There’s an ornate meditation chapel, as any Andalusian estate would provide. (A priest in residence, also commonly found on Andalusian estates, does not come with the property.) Women, who seldom go to the ladies room alone, can chat through an ornately carved confessional door between two guest bath stalls.

It took Blazevich 17 years to complete Hacienda de la Paz, and he says he built it to be a legacy for hundreds of years. Had he embraced a more contemporary and less classical style, many of the features would have been obsolete by the time he completed them.

What may be more difficult to comprehend is why, after realizing his dream, he’s ready to let it go.

“It’s a little big for just the two of us, don’t you think?” he laughs, after explaining that once his son left the nest and the artisans went home, the facilities didn’t get as much use as they deserve. Blazevich and McLeod are ready to move on and spend more time with family in Croatia.

There have been family weddings on the premises, though, as well as fundraisers that Blazevich says have raised hundreds of thousands of dollars.

Obviously, the sale is not a rush job. An estate like this is going to be an option for only a select group of buyers. And the gated community of Rolling Hills is a little off the beaten path of Los Angeles’ West Side, where homes of similar price or more have been listed and sold recently.

But Blazevich and McLeod are optimistic. “The Palos Verdes Peninsula is the best-kept secret in Los Angeles,” says McLeod, and many people are “unaware of the breathtaking beauty of this coastal community.”

She may have a point. The nearby Terranea Resort has brought some attention to the community, but it is still relatively unknown, quiet and private–which is a real asset for some celebrity buyers.

“The ocean is within 5-10 minutes, the coastal terrain is ruggedly gorgeous, the beaches are not crowded, the schools are great and the community is safe,” McLeod says. “Who would not want to escape here and live in grand style in this coastal community paradise?”