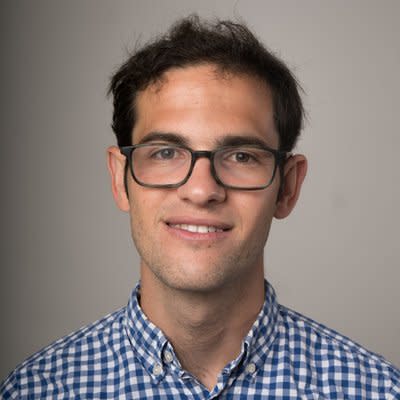 The hunger crisis caused by the coronavirus outbreak requires action from the federal government to bolster the U.S. food aid network as it struggles to address heightened need, said Tom Vilsack, the former secretary of agriculture under President Barack Obama.

Vilsack, who runs the trade organization U.S. Dairy Export Council and serves on the board of aid group Feeding America, called for several policy responses including an increase in food stamp benefits and direct support for food banks.

He described the country’s food aid network as ill-equipped to handle a nationwide emergency like the pandemic, which set off a “cascading effect” of converging problems, among them a run on grocery store offerings that otherwise would have made their way to food banks, and a lack of refrigeration capacity at aid organizations when food did arrive.

Vilsack made the comments to Yahoo Finance’s Julie Hyman during a special All Markets Summit Extra: Road to Recovery. Appearing alongside Vilsack, Feeding America CEO Claire Babineaux-Fontenot predicted that the hunger rate amid the pandemic would exceed that of the Great Depression.

The crisis should “first and foremost” spur a rethinking of the formula that determines benefits available to participants in the nation’s food stamp program, which goes by the name Supplemental Nutrition Assistance Program, or SNAP, Vilsack said.

“The calculation of that benefit needs to be changed and increased,” he says. “It needs to certainly be increased now in the face of the pandemic, but frankly it has been underfunding families for far too long.”

An emergency coronavirus relief package enacted in mid-March allocated nearly $1 billion to address hunger, about half of which went to the SNAP program; and it put in place a waiver that increased access to the program. In May, the Agriculture Department announced that overall monthly benefits provided by the SNAP program had increased by 40% amid the pandemic.

As of 2018, roughly 40 million Americans received benefits through the program.

Vilsack also advocated for the federal government to subsidize food banks to improve their capacity as they take on added burden amid the economic downturn.

“Congress should figure out a way to provide resources to food banks,” he says. “So that the infrastructure can be more resilient.”

“The capacity for refrigeration, a cold storage, etc. [should] be expanded,” he says. “So that, in the event we have another pandemic, we're in a position to be able to store a number of these perishable items in the past that have been destroyed.”

According to initial data released earlier this month, 83% of Feeding America’s food banks saw an increase in the number of people served relative to this time last year, with an average increase of 50%, the organization told CNN.

Before the pandemic, roughly 37 million people in the U.S. lacked consistent, predictable access to the mix of food required for a healthy lifestyle — what experts refer to as food insecurity, Babineaux-Fontenot said.

“Unfortunately, we're seeing those numbers really rise,” she says. “So we're anticipating that the rate of food insecurity will go up to about 54 million people, and that 20 million of the people who are facing food insecurity in this country will be kids.”

“It’s quite a big challenge,” she adds.