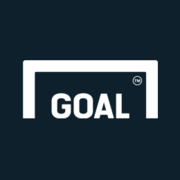 La Liga president Javier Tebas confirmed coronavirus protocols are in place should the illness' spread become severe enough to impact Spanish football but he insists this weekend's El Clasico is not at risk.

The virus, which emerged in China's Hubei province in December, has now affected people in at least 53 countries and killed more than 2,800.

While Italy has been the most-impacted European nation to date, with several northern towns put on lockdown, there have also been 32 confirmed diagnoses in Spain as of Friday.

In Italy, coronavirus' spread has resulted in widespread postponements to sporting events at all levels, while five of this weekend's Serie A matches – including the Derby d'Italia between Juventus and Inter – are set to be played behind closed doors.

Tebas insists LaLiga is ready to make the necessary decisions if the situation in Spain becomes as serious as in Italy, though he is not concerned about Sunday's Clasico at the Santiago Bernabeu in Madrid being impacted.

"We haven't considered the possibility of postponing the Clasico or any other games, but as of Sunday evening we have opened a coronavirus commission within LaLiga to monitor the situation," Tebas told reporters.

"We have a plan in place for different cities regarding whether we can play behind closed doors or not. That situation has not yet arisen in Madrid and neither has the matter of postponing the Clasico.

"It's one thing to postpone a game and another not to play it. We have been looking at the possibility of playing games behind closed doors and, if that is not possible, then we will postpone.

"If that case arises, we have dates prepared for when we can stage those games. We have presented this plan to UEFA so they can also bear in mind European ties involving Spanish teams.

"We are working on precaution, not improvisation."