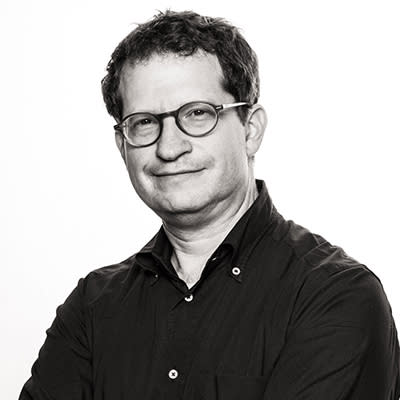 “I am worried from the standpoint of an intelligence professional who looks at the capabilities of Daesh … and their determination to kill as many as people as possible and to carry out attacks abroad,” Brennan said in an exclusive interview at CIA headquarters with Yahoo News. Brennan credited effective homeland security measures and intelligence for the fact that ISIS has been unable to attack America directly — the Orlando and San Bernardino shootings were carried out by radicals inspired by ISIS but not under its control — but he believes the group will keep trying to penetrate American defenses.

“You look at what happened in the Turkish airport, these were suicide vests. It’s not that difficult to actually construct and fabricate a suicide vest … so if you have a determined enemy and individuals who are not concerned about escape, that they are going into it with a sense that they are going to die, that really does complicate your strategy in terms of preventing attacks.”

He added: “I’d be surprised if Daesh is not trying to carry out that kind of attack in the United States.” Daesh is an acronym for the Arabic name of the Islamic State, better known as ISIS or ISIL.

Without confirming that the airport bombings were carried out by ISIS, which as of Wednesday morning had not claimed responsibility, Brennan indicated that the method of attack — suicide bombers wearing explosives-laden vests — pointed to the Islamic extremist group rather than to Kurdish nationalists, who have been waging a campaign of violence against the Turkish state. “It was a suicide bombing [which] is usually more a Daesh technique,” Brennan said.

Moreover, Brennan said that ISIS has a motive to spread its terror to Turkey, which has been targeting ISIS terrorists across the border in Syria. Until recently, Ankara’s failure to police its border with Syria was a sore point with Washington. “Turkey has been cracking down on some of the transit of foreign fighters who are flowing into, as well as out of, Turkey, and they are part of part of the coalition providing support, allowing their territory to be used by coalition aircraft, so there are a lot of reasons why Daesh would want to strike back.”

Brennan said ISIS is using terror tactics to “offset” tactical battlefield setbacks and losses of territory in Syria and Iraq. But he was quick to add that the wider offensive in the region and Europe and beyond is “not solely” a reaction to losses in Iraq and Syria. “Over the past year and a half they have made a more determined effort to carry out attacks abroad, and we see in terms of their plans, their preparations, the movement of people as well as propagandizing outside, exhorting, inciting a much more determined effort to carry out these external operations,” Brennan said.

In the interview, Brennan was blunt about the slow nature of progress both in the fight against ISIS and efforts to push Syrian President Bashar Assad out of power. He echoed somewhat pessimistic comments he made earlier this month before the Senate Intelligence Committee about the enduring strength of ISIS as a terrorist organization with global reach. “We’ve yet to really thwart Daesh’s ability to reach beyond the Syria-Iraqi borders and put in place some of the plans and preparations to carry out attacks,” Brennan said. He added, “I am very concerned we have not had the success against Daesh in that environment as we’ve had in the core areas of Syria and Iraq.”

A key prong of U.S. strategy to defeat ISIS is the removal of Assad, whom Brennan described as a “magnet” for a wide spectrum of extremist groups in Syria. But the CIA chief acknowledged that Assad is getting stronger rather than weaker. “Relative to where he was on the battlefield last year, [Assad] is in a better and stronger position [today],” he said. For that he blames Russia, which intervened last September to prop up its flagging client with thousands of troops and sophisticated weaponry. Frustrated with Moscow, Brennan said, “The Russians sometimes want their cake and eat it too as far as having the cooperation with us against terrorists but not wanting to do anything that’s going to lead to a political settlement that will have a more durable future as a far as a political agreement.”

Between the Syrian conflict and Russia’s invasion of Crimea in 2014, Moscow has been a persistent problem for Brennan. More recently, he had to confront his Russian counterparts over evidence that their intelligence operatives have been systematically harassing U.S. diplomats both in Moscow and Europe. According to a Washington Post report, Russian agents have paid journalists to write negative stories about Americans, have followed their kids home from school and, in one case, have even broken into a U.S. defense attache’s home and killed his dog. Brennan says he told his counterparts “in direct terms,” that the behavior was “unacceptable” and “destructive” to the relationship.

Another sort of irritant emanating from Moscow is Edward Snowden, the former NSA contractor whose unauthorized disclosures of highly classified surveillance programs infuriated and embarrassed the U.S. intelligence community. A polarizing figure, who some see as a whistleblower and others as a traitor, Snowden was granted asylum by Russian President Vladimir Putin’s government in 2013 and later charged by U.S. prosecutors with violating the Espionage Act. In the twilight of Barack Obama’s presidency, there are mounting calls for Snowden to receive a pardon. Brennan is having none of it. “He has dishonored his oath,” he said, and should return to the U.S. to face charges. Asked to comment on former Attorney General Eric Holder’s recent comment that Snowden, while harming American interests, “actually performed a public service” by sparking a debate on civil liberties, Brennan bristled a bit and said, “I do not believe that at all. I respectfully but vehemently disagree with the former attorney general.”

In the Yahoo News interview, Brennan also weighed in on reports that state-sponsored hackers in Russia penetrated the computer systems of the Democratic National Committee and Hillary Clinton’s presidential campaign in an effort to collect intelligence about the U.S. election — potentially to try to influence it. “There probably are concerns that people might have on this issue in terms of any types of external influences ,” Brennan said carefully about an active FBI investigation into the cyber-intrusion. “If there are efforts to get into different types of networks and databases, there’s absolutely that concern and I will defer to my FBI and Homeland Security and other colleagues to address their concerns in that cyber realm.”

Brennan was cautious in his comments about Donald Trump. Asked about Trump’s anti-Muslim rhetoric, Brennan declined to criticize the presumptive nominee directly but mentioned that his fellow spymasters, particularly in the Middle East, are concerned that comments coming from “some political quarters” in the U.S. are feeding extremist narratives. And Brennan sidestepped a question about whether he would be comfortable giving Trump a classified intelligence briefing, as protocol dictates, the day after he becomes the formal Republican nominee. “The agency will carry out its responsibilities as appropriate in the aftermath of the conventions,” Brennan said.

Toward the end of the interview, which took place in the director’s private dining room in Langley, overlooking the lush woods surrounding the CIA’s main campus, Brennan contemplated every spymaster’s darkest fear: the possibility, however remote, that a mole has penetrated his service. “If you’re part of an intelligence organization, counter-intelligence needs to pervade everything that you do,” Brennan said. “One should never assume that there is not a mole in your organization.” Lightning flashed across a cloud-darkened sky as Brennan mused on the chances of an enemy spy in his midst.

The full transcript of the interview will be posted on Yahoo News next week.