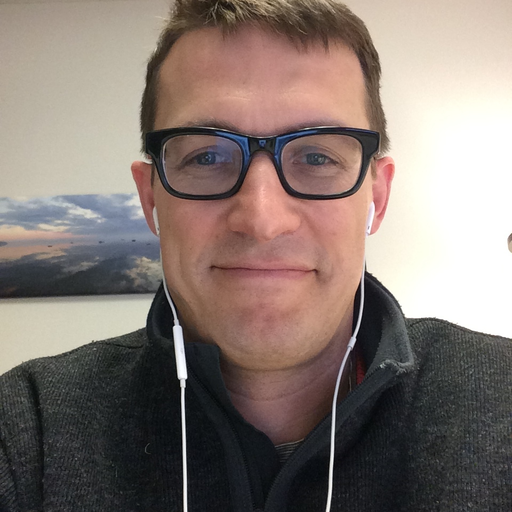 It took only three hours for the gathering to erupt in chaos.

What is usually a nonevent — the adoption, by voice vote, of the new rules proposed by the convention’s Rules Committee — was transformed into a noisy proxy battle over the imminent nomination of Donald Trump. A group of anti-Trump insurgents instead tried to force a roll call of all 2,472 delegates, prompting the Republican National Committee to shut them down with a flurry of strong-arm tactics.

In truth, the insurgents had almost no chance of overturning the rules. At the Rules Committee meeting last Thursday, they tried to pass a “conscience clause” that would have have allowed the delegates to unbind themselves from their states’ primary results and vote for someone other than Trump. It fell short. The rebels then failed to cobble together the 28 Rules Committee signatures necessary to file a “minority report” and force a floor fight over separate objections they had to the rules of the convention.

The push Monday for a roll call on the rules package was #NeverTrump’s last official opportunity to derail the tycoon’s nomination. To succeed, the insurgents would have had to clear several hurdles.

First, they would have had to convince a majority of the delegates from at least seven states or territories to sign their petition. Then the broader convention would have had to reject the new rules package and approve a different version, freeing delegates to rebel against Trump instead.

The insurgents did in fact get over the first hurdle. After a long search for Convention Secretary Susie Hudson — who was reportedly hiding backstage, with guards flanking the door — former Sen. Gordon Humphrey of New Hampshire finally submitted signatures from at least nine delegations determined to challenge the rules.


But then the RNC fought back.

For more than an hour, RNC and Trump whips — many of them wearing fluorescent green hats — cajoled and even threatened delegates in an effort to convince them to withdraw their signatures.

Yahoo News saw Rick Gates, a deputy to Trump adviser Paul Manafort, berating a young delegate from Virginia named Tommy Valentine. “I’m gonna remember how Virginia was an embarrassment at the national convention,” said Gates, who was “identified as an agent of a Ukrainian oligarch” in a 2011 racketeering lawsuit that also named Manafort.

“I was asking, ‘Are you threatening me, personally, or my state?’”  Valentine told Yahoo News. “[Gates] was saying how if Trump becomes president… he’s going to remember what happened in Virginia during the convention. And I just said, ‘Well, that’s corrupt politics that Trump is embracing. He’s going to punish states because they didn’t vote according to his standards?’”

Elsewhere, RNC whips tried to convince Maine delegate Ashley Ryan that she was “giving the left ammunition” by supporting a rules fight on the floor.

“No we’re not — we’re absolutely not,” Ryan said. “The convention is the ultimate authority on the party, and it needs to be treated as such.”

While the pressure from Trump’s aide was heavy-handed, most RNC efforts were focused on persuading delegates through appealing to their state’s interests. One top RNC official said, in fact, that many delegates they talked to “didn’t understand what they were signing” when they added their names to the petitions seeking a roll call vote.

RNC argued to some delegates who wanted to unbind the delegates that the rules vote was being pushed by conservative Republicans who wanted to make the primary process one that would make it harder to nominate “relatively moderate” candidates for president.

“It’s this weird Venn diagram,” the RNC official said, explaining the multiple state delegations that they spoke to during the whip effort. “There’s all this overlap and no one’s quite sure whose interests align with whom.”

One source said privately that arguments to reverse support for the roll call vote in the Iowa delegation were much less about appeals to reason and much more about using the threat of political recriminations back in the state.

When the time came for the full convention to weigh in, Arkansas Rep. Steve Womack, the RNC’s presiding officer, refused to acknowledge the petition. Instead, he launched directly into a voice vote. And rather than asking the “ayes” and “nos” to take turns — customary procedure — Womack simply let everyone shout at once.

“Clearly, the ayes have it,” Womack said, banging the gavel.

That’s when bedlam broke loose on the floor. Delegates cried, “Turn on the mics!” and “Point of order!” in a futile attempt to be recognized by Womack. Howls of outrage filled the arena. The demonstration went on for several minutes, with Trump supporters trying to drown out the insurgents by chanting their candidate’s name.

Initially, Womack left the stage. The convention seemed to shut down. The rules vote appeared to be over.

“I have no idea what’s going on right now,” said Sen. Mike Lee of Utah, who helped lead the failed uprising from the floor. “This is surreal.”

But a few minutes later, Womack reappeared on stage and took the unusual step of calling for a second voice vote, presumably to clear the air. This time, the “ayes” and “nos” took turns.

“Clearly, the ayes have it,” Womack said again. But the “nos” sounded louder.

And so Womack recognized Phil Wright, the chair of the Utah delegation, who stood ready at the microphone. Lee was beside him. It was, in its own small way, an accomplishment for the insurgents — getting Womack to acknowledge their existence.

But Womack immediately burst their bubble, leaning into the microphone to announce that three of the rogue states had withdrawn their signatures. Translation: The rebellion had collapsed.

Humphrey submitted only nine, but did not say which states were included in his batch. But Alaska was not one of them, and their signatures were not counted, according to delegate Fred Brown, who told Yahoo News in an email that he could not find the convention secretary when he tried to submit them.

“I was told I could also present the signatures from the floor. Nevertheless, when the vote occurred, my mic was not turned on. When I attempted to present these signatures at the stage, my effort was ignored by the chair, and the security guard turned me away,” Brown said.

With the number of states down to 10, RNC and Trump whips succeeded in getting enough delegates in three states — Maine, Iowa and Minnesota, along with D.C. — to withdraw their support, and defeated the motion, according to the chair of the convention. An RNC official said a parliamentarian would provide evidence of the signatures withdrawing support for the roll-call vote, but that had not happened as of late Monday night.

After the convention moved on to other business, the entire Colorado delegation walked out of the Quicken Loans Arena. Half the Iowa delegation followed.

RNC Chairman Reince Priebus probably calculated that ripping off the rules Band-Aid in one fell swoop would be better for the party than inviting thousands of delegates — with lots of different feelings about Trump — to express themselves in front of the national television cameras. But at the same time, the roll call might have given the #NeverTrump forces an opportunity to let off some steam before Trump’s big prime-time speech later this week.

Now they’re angrier than ever.

Lee told Yahoo News that the RNC’s refusal to allow a roll-call vote may have generated so much frustration and resentment among the delegates that anti-Trump floor demonstrations could continue for the rest of the week.

“They’ve certainly created the possibility for that,” he said. “I think they could have avoided that possibility had they handled this in the appropriate way — had they just allowed some of this steam to be released, allowed for a roll-call vote, allowed people to air their grievances about this.”
_____