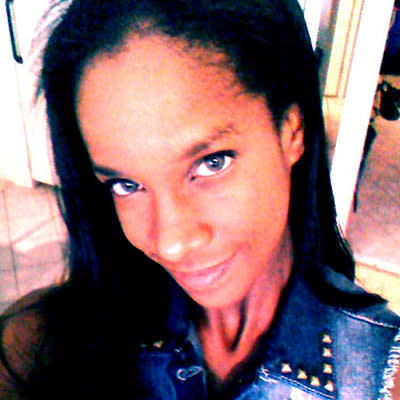 “I was suddenly aware of exactly how worrisome and life-altering an ostomy can be. I was reminded of how all-consuming an ostomy can be. It worried me that the most important day of my life would be ruined by the very thing that saved it. Yet, despite my fears, the day went off without a hitch, including the ability to wear the tightest, most form fitting, dress of my dreams. With. An. Ostomy! If 13-year-old me could have seen this, she wouldn’t have believed it.” (Photo via: Instagram/uncoverostomy)

It’s been nearly one year since Jessica Grossman married the love of her life, Matt.

The 26-year-old recently shared a throwback photo of herself showing off her fitted white Pnina Tornai wedding gown from the Kleinfeld bridal boutique in Toronto — one day before she said her vows.

“#tbt to trying on my @pninatornai #weddingdress last year before the big day! Can’t believe I’ve already been married for almost a year! Time flies when you’re in love,” she captioned the stunning snap.

But there was a time when Grossman was unsure if that day would ever arrive.

Diagnosed with Crohn’s disease at the age of eight, Grossman was bedridden in the hospital for two from age 11-13. She couldn’t eat because of the severe pain, she could barely move because she was too weak, and she was bleeding excessively from her bowels.

“You know how most little girls spend years and years dreaming about their wedding day? I did all that, up until I got sick. I stopped, thinking it would never happen for me,” Grossman wrote in a blog post.

Special diets, tests and medications didn’t help. In 2003, Grossman opted for an ostomy — a surgically-created opening from the small intestine to the abdomen to allow the removal of bodily waste. Waste is passed through the intestine into a bag on the outside of the body that the individual has to empty on a regular basis. Grossman was barely a teenager, but the surgery proved to be lifesaving. She went on to graduate from high school and get her Master’s degree. Today she runs her own digital marketing agency and moonlights as a model/actress.

“I can do anything anyone with a full set of intestines can do!” she wrote on her blog, Uncover Ostomy, which focuses on spreading positive ostomy awareness. “And it’s true! Finding love, however, was the one that always kind of had me worried.”

So when she got engaged to Matt, “all things that had to do with weddings” began to overwhelm her entire existence. Grossman suddenly began to worry about things that she hadn’t thought about in more than a decade: Would her Crohn’s act up from all the wedding stress? Would she have an ostomy leak during the reception? Could she wear a real wedding dress?

“I don’t know what it was about the idea of a wedding, but I have not worried about how to dress with an ostomy, bathroom usage, or leaks since I was 15, but here I was, worrying about it all over again,” she wrote. “I was suddenly aware of exactly how worrisome and life-altering an ostomy can be. I was reminded of how all-consuming an ostomy can be. It worried me that the most important day of my life would be ruined by the very thing that saved it.”

But, she noted, careful planning and preparation allowed the day to go off without a hitch. She told HuffPost Canada that choosing her dress was a process — she had to make sure it was something she wanted to wear as well as make sure her ostomy bag didn’t show.

“And then the other thing was, can I take it off to go to the bathroom? I have to empty my bag. It’s a long, long event!”

Thankfully, the dress she fell in love with was made from a thick satin fabric and featured a zipper in the back, which helped when she had to use the washroom. In the end, she didn’t get sick, she was able to keep her ostomy in check, and she had “the most amazing” group of women to keep her going.

“And I got to wear the (tightest, most form fitting) dress of my dreams. With. An. Ostomy,” she wrote. “If 13-year-old me could have seen this, she wouldn’t have believed it.”

Click through the gallery to more stunning photos of the bride.