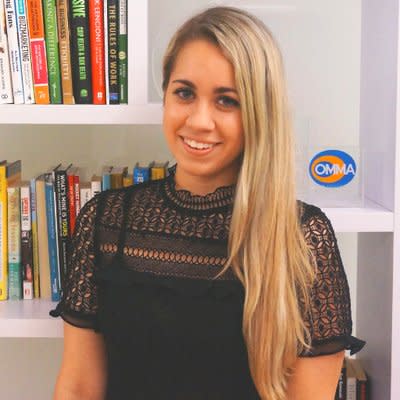 A new survey suggests that the majority of women and men across generation and political party believe that kids playing with toys associated with another gender has a positive impact overall, according to the survey conducted by the Pew Research Center.

While 66 percent of Republicans say it’s “a good thing” to encourage girls to engage in traditional boy activities, just 47 percent say the same of a gender-opposite approach with boys. About half say they think exposing boys to traditional “girl” toys is a bad thing.

“Republican men are particularly resistant to the idea of boys playing with toys and participating in activities that are typically associated with girls,” wrote Juliana Menasce Horowitz, an associate director of research at Pew Research Center, of the findings.

Pew conducted the survey in August and September among two waves of 4,573 respondents classified by gender, party affiliation, generation and race. Only 38 percent of Republican men surveyed say that parents encouraging boys to play with girl toys or take part in traditional girl activities is a good thing. About 6 in 10 say it’s not. In contrast, 78 percent of Democrats say it’s good to encourage young boys to engage in girl-oriented activities.

Dr. Kristin Mmar tells Yahoo Lifestyle that she’s not surprised by the disparity between Republican and Democrat opinions in the survey.

“You could look at the policies that are implemented when there is a Democratic president versus a Republican president — and which policies are passed through Congress,” she says. “In general, Democratic policies support gender equality (approving gay marriage; supporting family planning; access to pre/post natal care, etc.). On the other hand, Republican policies tend to favor more traditional gender norms (not supporting contraceptive coverage; banning Transgender from military; require the individuals use bathrooms that are based on gender at birth; etc.).”

These leanings have been confirmed by a previous Pew Research survey. And while the views on gender are slowly evolving — 76 percent of Americans think kids playing across gender lines is a good thing — the survey highlights a clear difference on the issue in regards to boys from all fronts.

“Solid majorities of women say it’s a good thing for parents to encourage girls (80 percent) and boys (71 percent) to play with toys or participate in activities that are typically associated with the other gender,” Horowitz wrote. “Among men, however, there is a 16-percentage-point gap between those who say this is a good thing when raising girls (72 percent) and those who say the same about raising boys (56%).”

Results among generations followed the same pattern: the majority of those surveyed said that showing girls boy-skewed toys and activities was positive, but slightly less so for boys. Millennials were the most likely to support both children, though even they were slightly more likely to support girls than boys when playing with cross-gender toys.

So why are girls given more leeway to venture into the “boy” zone than boys themselves? Dr. Campbell Leaper, a psychology professor and department chair at the University of California, Santa Cruz, tells Yahoo Lifestyle that a patriarchal society is to blame.

“In a male dominated society, things associated with dominant group are valued more. Our culture is more sports-oriented — sports shows are more popular — if a girl plays sports even though it’s something traditionally considered masculine, it’s still considered of value in the culture. Unfortunately, taking care of babies isn’t something considered valuable,” he explains.

Dr. Leaper says that homophobia among those resistant to boys playing with “girl toys” also plays a role as parents may think their son may become gay: “Part of protecting male dominance is also protecting heterosexual male dominance.”

But studies have found evidence that subscribing to gender stereotypes can negatively impact children as adults just as much as breaking them can benefit them.

“When you play with different types of toys you practice different sets of skills. They’re both good sets of skills. A lot of toys and teams and play activities that we associate with girls like playing house, they emphasize nurturing and communication skills,” he says. “Whereas conversely, the kinds of toys and play at which we associate with boys emphasize physical activity, construction like legos, those emphasize dealing with competition or dealing with completing a task.”

Kat Barnett, a mother from Pennsylvania, encourages her daughters to take part in “boy” activities for this reason. But she says she would do the same if she had boys.

“[My husband] works in the technical/electrical field and loves to show our girls how things work and fix things — and he has also showed them how to cook over the fire when we camp and he loves to do crafts,” she tells Yahoo Lifestyle. “If we have a boy he would have him join right in with his sisters. Not only is it what we do as a family but it teaches them life skills.”

She says she doesn’t subscribe to one particular party: “I just try to do what’s right.”