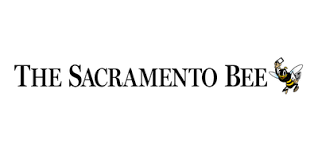 One year after the hellish Camp Fire, the deadliest in California’s history, swept through Paradise and claimed 86 lives, some remnants of the destruction are harder cleared away than others.

A child’s narrowed eyes once had looked toward the sky and away from the charred ground. But the spray-painted mural of Eleanor Weddig has been removed from what was left of her family’s former home.

This story has augmented reality! Tap the video above to see how it looks and download the Yahoo News app to launch the full experience. Augmented reality is currently available to iPhone users (iPhone 8 and later) with the latest version of iOS.

“I knew it was coming. But ... there were certain murals that were hard to see actually gone. ‘Eleanor’ was a hard one to see go,” said artist Shane Grammer. “But we knew it was going to happen. Paradise is rebuilding and it’s good for that community.”

Since January, Grammer, a 47-year-old Los Angeles-based artist and Chico native, has been returning to Paradise to foster hope through a series of murals. The mural titled “Eleanor” is one of more than 20 that Grammer has created in the community.

For the Camp Fire’s one-year anniversary, Grammer will produce a new mural. Though the series began as a way to bring joy to something so devastating, this new mural will represent beauty and “rebirth throughout the ridge and the community.”

Where it started: ‘Beauty from Ashes’

Some of the first images Grammer saw of the fire engulfing Paradise were on Facebook. His childhood friend, Jennifer Edwards, and her husband, Shane, posted a picture of their burned home.

While the property was an unrecognizable ruin, Grammer instantly knew it would become home to one of his murals.

“As devastating as it was, I really wanted to paint it and paint something that brought hope in the middle of complete destruction,” he said.

A single chimney protruded from the charred rubble on the Edwards’ property – it would be Grammer’s canvas.

He saw an opportunity to transform “broken environments” into a canvas for his art – something Grammer started practicing two or three years earlier.

“So here I am standing in rubble, knowing that people lost, I mean lost their lives, but lost their home and their valuables and things that they’ve spent their life working to build and that that’s hard,” Grammer recalled. “It’s emotionally draining. And you’re walking around it all.”

For the mural on Edwards’ chimney, Grammer used graffiti art – a medium that first captivated him in junior college. He chose Montana 94, a transparent graffiti paint designed not to obscure the surface of what he was painting on.

Shane Edwards stood by and watched while the mural took shape. “We (were) extremely honored,” Edwards said on a Facebook Live video that Grammer recorded. “We loved Shane’s work for a long, long time. As you can see it turned out beautiful … It’s one of the first things you see from the street, so, just the fact to kind of share that there’s hope, that God can bring beauty in devastation.”

Grammer named this first piece “Beauty From Ashes,” a representation of what would follow.

Since then, more than 20 murals were created in Paradise. But as debris from the Camp Fire continued to be removed, so were the murals.

In an Instagram post of one mural being cleared away, Grammer wrote: “I know it wasn’t easy for them to take the mural down. But in all honestly that is part of the process. I knew these murals were going to have a beginning and an end but I am forever grateful that they have brought hope and joy to so many people throughout paradise and now the world.”

That was the fate of his first mural, on the Edwardses’ property, along with numerous others – including “Eleanor.”

Murals in Paradise cleared away

After moving into their new home in Chico in July, the Weddig family received news that Grammer’s mural would be cleared away from their property in Paradise.

The mural of 9-year-old Eleanor’s profile had given her parents hope.

“When I saw her up there, I felt like, and especially when we were up there together, a few weeks after Shane painted it, it really felt like our whole family was together up there,” Greg Weddig said.

When the last of their home was finally taken down, Greg was there to witness the moment.

The cleanup crew asked whether Greg was ready for the mural to come down. He was: Greg said he no longer felt the need to stop by the mural every time he visited Paradise. This would be his form of progress.

“We had our time with the mural,” Greg said.

But Eleanor, having never seen the mural in person, had wanted to keep it.

Only three murals still remain in Paradise from Grammer’s series.

Since high school, Grammer has been using his art for a greater purpose. He’s done charity work through churches and numerous organizations like Blue Heart International and Agape International.

“It wasn’t until later that I really kind of started to pursue that as a purpose. I like it because it keeps me focused on what’s important and using my gift (as an artist) to help other people is very important,” he said.

A message of hope for the future underlies his work in Paradise and elsewhere.

In August, Grammer created a mural on Del Paso Boulevard for the Wide Open Walls mural festival. Although distinctly different in style, it is similar in theme to murals found in Paradise.

At Paradise High School, a woman’s image is still prominently displayed on a communal wall. She is surrounded by flowers that drip down with specks of black and white paint. Her eyes and red-stained lips draw attention.

This mural is part of “The Bride Series” Grammer has been working on for the past 16 years. His upcoming mural on the Camp Fire’s one-year anniversary will also follow this theme.

Before the other murals were cleared away, representations of similar women across Paradise were inspired by Grammer’s interpretation of a book in the Bible, the Song of Solomon. In his understanding, the love story between the king and a dark Shulamite woman represents Jesus’ love for humankind.

To Grammer, faith is no stranger to his work and life — he believes religion helped save his family. While Grammer said his mom and dad both share love and pride over who he is today, he feels that he grew up in turmoil after the death of his biological father at a young age and with his relationship with his stepfather growing up.

“So ‘The Bride Series’ is not, I’m not just telling Paradise that God loves them but I’m also telling myself,” Grammer said. “I’m holding up a mirror and reminding myself that God the Father loves me, its creation.”

The one-year anniversary of the Camp Fire has a different meaning for each person.

“For me, it’s not something to celebrate. I feel like it’s more something, not to overcome, but move beyond.”

“I can’t believe it’s been a whole year, and I still feel like we’re recovering. The Camp Fire is always on our minds. There’s not a day that we’re not thinking about it.

“It’s been a whole year.

“We’re not the same.