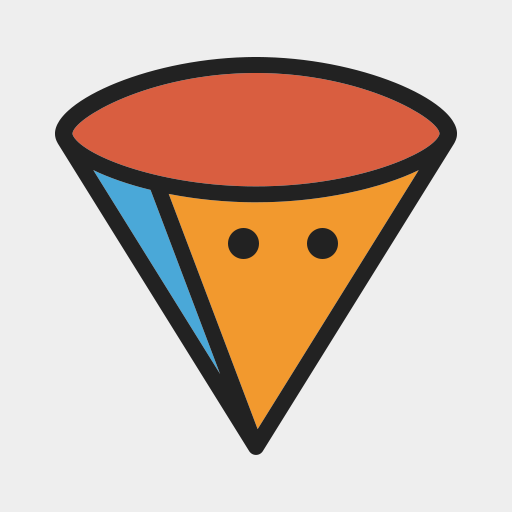 Three months after announcing her pregnancy, Janet Jackson has given birth at the age of 50. The superstar singer best known for her infamous wardrobe malfunction joins Geri Halliwell, who is expecting her second baby at 44, and a whole host of other celebrities in membership of the OMC (Older Mums Club).

And they certainly aren’t alone in embarking on motherhood later in life. Every week in the UK three babies are born to mothers aged 50 or older. A figure that has tripled in the past 15 years. The number of women having children in their 40s has also risen three fold from 4.9 live births per 1,000 in 1981 to 14.7 births per thousand today. What’s more, ‘older mothers’, who doctors describe as women aged 35 and over, now make up a fifth of all births in Britain.

The reasons for this mature mother spike have been widely discussed. From not meeting the partner they want to procreate with until later in life, to not being able to afford a baby or wanting to build up a career first. Others just haven’t been able to make up their mind about whether to hop on the baby bandwagon in the first place, and it’s not a decision to be taken lightly.

But with the advancement of ever improving fertility treatments, motherhood in later life is becoming an increasingly viable possibility. Yet, it doesn’t come without risks.

“Pregnancy in older age is associated with higher risk of miscarriage,” explains Mr Narendra Pisal, Consultant Gynaecologist at London Gynaecology www.london-gynaecology.com. “This is possibly because of higher chance of chromosomal problems in embryo as the eggs get older.”

“There is also a higher chance of having a baby with Down’s syndrome,” he continues. “At 35, this is 1 in 250 and increases to 1 in 100 by 40 years of age. By 45, risk of miscarriage is nearly 50% and chance of Down’s syndrome baby is greater that 2%. A Noninvasive Prenatal Test (NIPT) is a blood test for mother to look at baby’s chromosomes and can be done from 10 weeks of gestation.”

Then there’s the pregnancy related complications which increase with age, such as preeclampsia, gestational diabetes, low lying placenta, placental abruption and growth problems for babies.

“There is also a higher chance of difficult labour and intervention (due to above medical factors) such as induction of labour or caesarean section,” advises Mr Pisal.

Then there’s the question of parental mortality, which is always questioned with the news of a more mature mother. Every child fears the death of their parent and it can be more acute for one with older parents. However the increasing life expectancy of women could now be seen to favour an older mum.

How old is too old to be a parent? [Photo: Getty]

And what about the chances of becoming pregnant in the first place? “One of the risks of leaving things late is a chance that the window of opportunity may be too small or may even disappear. There is also a higher chance of needing medical assistance such as IVF,” he adds.

“Fertility declines after 35yrs of age, and if you are leaving it beyond that, you should consider doing a test of ovarian reserve (AMH levels)” Mr Pisal continues.

But it’s not all doom and gloom for 40+ women. “In fact, there’s never been a better time for this age range to try to conceive given the range of fertility options that are available - such as egg donation which is one of the most frequently offered treatments for women of this age group at the IVI clinics. Donated eggs, always taken from a younger female, can offer a much greater chance of a woman conceiving in their 40s when accompanied by IVF (In Vitro Fertilization), where an egg is removed from the woman’s ovaries and fertilised with sperm in a laboratory,” explains Dr. Ferrando of IVI Fertility Clinic.

“However, similarly to falling pregnant naturally, the chances of falling pregnant through IVF decreases the older you get, which is why we are finding increasing numbers of 40+ women opting for egg donation treatment; in order to give themselves the best possible chance of conceiving,” he adds.

But though there are clearly some risks associated with being late to the parenting party, according to some experts scary headlines often blow those risks out of proportion.

“Anything that is a little unusual in birth is immediately given the high risk label,” explains Katharine Graves, antenatal education expert and founder of www.kghypnobirthing.com “For older mothers over all there is are slightly higher pregnancy risks - when we are 40 we have had 20 more years to abuse our bodies than when we are 20! But if an older mother is completely healthy, has had a healthy pregnancy and no conditions to be concerned about, she is no more high risk than a younger woman,” she adds.

But while many a sensationalist headline will have us believing that society is frowning upon the rise of older mums, there are in fact many positive aspects to entering parenthood later in life. Dr Natasha Bijlani, consultant psychiatrist at the Priory Hospital in Roehampton, south-west London, told Yahoo that older mothers were often more stable financially, established in their careers, and brought a maturity to the role of parenthood coupled with a more realistic expectation of what it would entail.

“Often having waited for motherhood, older mums are even more prepared, and intensely grateful for the experience of raising children because they were more conscious of the issue of time passing. Many older women nowadays are also extremely healthy and fit,” she said.

But just like other, younger, mums, older parents aren’t immune to the unrealistic pressures of ‘perfect parenting’.

“Older mums, like mums of any age, need to cut themselves some slack. Instead of staying up until midnight trying to get everything done, they may need to prioritise what’s important. Do the kids really need home-made hummus for tea or would shop bought suffice? Can the tidying wait, even if sorting out the school bag can’t?” Dr Bijlani continues.

“Some mothers are up in the middle of the night, putting finishing touches to their children’s homework, tidying and packing school bags, often after a long, busy day in the workplace and then they wonder why they’re anxious and in tears.”

Dr Bijlani believes it is equally as important for older mothers to have the confidence to understand and accept their strengths and limitations. “Decide on your parenting goals and what’s important to you, which won’t necessarily be endless structured activities. Nurture and encourage your child’s strengths and attributes, rather than try to mould them rigidly. Try to delegate at home: as children grow up, they can be given household duties that will help them learn responsibility, and give you time to you relax and enjoy older motherhood.”

What do you think about older parenthood? Let us know @YahooStyleUK

The rise of the digi parent. Why smartphones are offering a lifeline to new mums

Child-free zones on flights? What’s not to love?