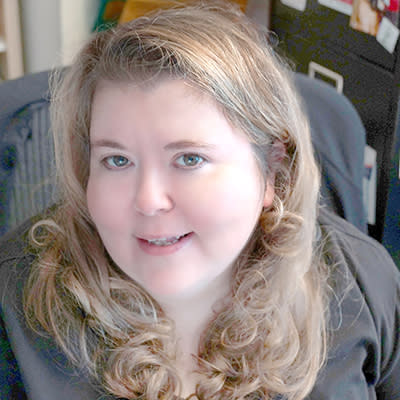 Jagger’s trainer, Mathilde de Cagny, talked to Yahoo TV about primetime’s newest breakout star, spilling details on his favorite cast member, his favorite spot on the Tribeca set, and how he shows his affection for co-workers.

1. Belgian malinois dogs, also known as Belgian shepherds, are often working animals, though they specialize in non-Hollywood gigs. “They were originally bred for military and police protection work. They are a highly intelligent and intense breed,” de Cagny says. “Militaries have been starting to use them in the last 10 years or so for all their work, because they’re so reliable. So it’s a breed that goes to war. They’re fearless. However, [that’s] not Jagger’s case… he’s actually extremely laid back for the breed. He’s been rejected [by] breeders because he does not have all the traits that I was telling you about. He’s rather more on the lazy side, lacks confidence at times, and he’s not exactly hyper. He doesn’t have the intensity. That type of breed, they’re usually hard to have to work on a show like this… they don’t stay still much. But Jagger is actually really perfect for this kind of job. He is manageable.”

Related: On the Set of ‘Angie Tribeca,’ Where No Procedural Cliché is Safe

2. But Jagger wasn’t originally what Tribeca producers had in mind. They wanted a dog that looked like anything but a typical police dog (because, in Angie Tribeca’s world, Officer David Hoffman isn’t acknowledged to be a dog). “They said they were looking for a character dog… something more off the wall, that wouldn’t really make sense to have in a police squad,” de Cagny says. “So we sent pictures of all kinds of dogs, including Jagger, but never thought he would get it since he looks like a police dog. But he did get picked, and the pilot was his very first job. And let me tell you, the pilot was a little rough. Then we went on to higher training levels, and more maturity and more expertise on his end as far as getting used to that kind of work ethic.”

3. The Angie Tribeca pilot was shot two years ago, and in the meantime, Jagger performed in the 2015 movie Max. Steve Carell, who created Tribeca with actress wife Nancy, called the pooch a “fantastic actor” during the comedy’s Television Critics Association panel this month, but he did admit Jagger was a challenge to direct in the pilot. “There was one scene, and all he has to do is run around the desk and get up into a chair. On that particular day, he didn’t feel like doing that,” Carell said. “So it can make for a long day, but when it works, and when Jagger is on the phone and you see him in the background with his paw up and his head on a phone, it’s totally worth it.”

4. Now, Officer David Hoffman’s desk is Jagger’s favorite place on set. “He, for some reason, has fallen in love with his desk,” de Cagny says. “I will get on set and take his leash off, and he runs to his desk and jumps on his chair and settles there. Every single time. We all laugh, because he will literally pull me to get to that desk and sit on his chair. He’s developed some kind of special affection for that spot.”

5. Jagger also loves to be seated, de Cagny says, which helps a lot when he’s called upon to film scenes like driving a police car, as he does in Season 1’s “Tribeca’s Day Off.” “He’s so used to being at his desk with his feet up, and we do a lot of stuff with his foot, his front legs, because they’re being used as human. He’s very used to me manipulating his legs to do some typing or answering phones,” she says. “Sitting and putting his feet up [for driving] wasn’t difficult. What was challenging was that we did a lot of it in a process trailer, and you know how process trailers are difficult because they’re very bumpy. It moves, and we did a lot of driving there. That got to be a little tedious at some points. But, it’s so funny,” she continues. “I just taught him to put his feet up on the steering wheel and stay there, and have the steering wheel move and him being comfortable with it. Meanwhile, he was also looking at the camera, doing looks and all that stuff. He’s worn costumes and sombreros, and we have a scene where we’re dancing together at a wedding. There’s another scene where he plays an organ in church. Now it’s part of his lifestyle. He’s so used to this whole madness. And he loves the attention.”

6. Jagger has a favorite cast member: Deon Cole, who plays DJ Tanner, David Hoffman’s police partner. “They have bonded enormously,” says de Cagny, who has trained Jagger for more than two years. “It’s been really interesting to see the progression of their relationship because their first show… I was telling everybody how laid back Jagger is, but everybody was a little antsy, especially if he wouldn’t stop barking and things like that. But Deon is the most at ease, the most comfortable with him. They spend so much time together, and Deon always calls Jagger ‘My man.’ Jagger will go and see Deon right away when he gets to the set. His thing is to come and lean on people and throw his whole body on them, rub against them when he likes them. Every time Deon sees him, he sees him arriving, and he goes, ‘My man, Jag!’ And Jagger will literally run over to him and throw his body against him.”

7. De Cagny also trained another sitcom funny dog: Jack Russell Moose, better known as Martin Crane’s beloved pet on Frasier. She knows the dogs’ TV popularity often makes their breeds a trendy pick for pet owners, but she cautions viewers who may fall in love with Jagger and David Hoffman to really evaluate whether the breed is the right one for them, and vice versa. “The Belgian malinois dogs are extremely hard-working, so if you don’t have the time, if you don’t have that kind of interest in working your dog… they won’t be happy,” she says. “They’re definitely dogs that you don’t want to have [unhappy] like that. Jack Russells are the same way, just much smaller. I just hope that breeders are responsible enough that they will not sell those dogs to people who don’t have the right hand.”

8. Jagger’s trainer thinks Officer David Hoffman is a great character for the same reason Eddie was so beloved by Frasier fans. “It’s not about the animals being animals,” de Cagney says. “What they’re doing is so on target, so people fall in love with them. Most of all, it’s just so funny.”