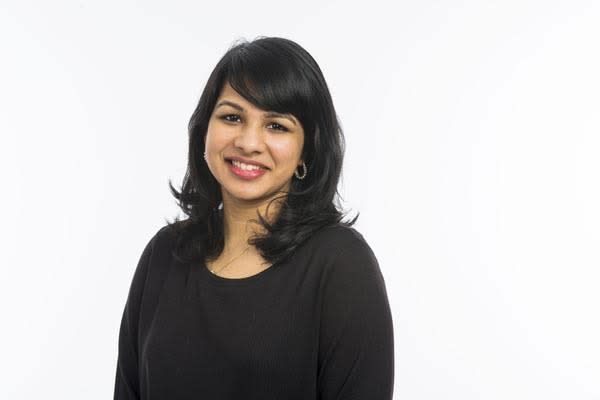 If Republican senators are to be believed, anti-Catholic bigotry is alive and thriving in the U.S. in 2020, thanks to Democrats and the media.

That has been the refrain sounded by GOP members of the Senate Judiciary Committee this week during the confirmation hearing for President Donald Trump’s Supreme Court nominee, Judge Amy Coney Barrett.

Democrats are choosing not to take the bait, to resist probing into Barrett’s Roman Catholic faith. They have been focusing instead on the judge’s potential to provide crucial votes to void the Affordable Care Act. and overturn nationwide abortion rights.

Still, in a clear effort to rally their religious base, Republican senators doubled down on the charge that Democrats are anti-Catholic and anti-religion. Sen. Josh Hawley of Missouri made this case explicitly during Monday’s session, reaching back to the last time Barrett appeared in front of the committee in 2017, during hearings on her appointment to a federal appeals court.

He said that the ranking Democrat on the committee, Sen. Dianne Feinstein of California, “referred to your Catholic convictions as ‘dogma that lives loudly within you,’ picking up the very terminology of anti-Catholic bigotry current in this country a century ago,” Hawley said.

Hawley said that Feinstein was suggesting that Barrett “can’t be both a devout Catholic and a loyal American citizen.”

Such comments at the 2017 hearing, along with other instances where Democratic senators probed federal judicial nominees’ membership in Catholic organizations such as The Knights of Columbus, amounted to a religious test for public office, he said.

“When you tell somebody that they’re too Catholic to be on the bench, when you tell them they’ll be a Catholic judge, not an American judge, that’s bigotry,” he said. “The pattern and practice of bigotry from members of this committee must stop, and I would expect that it be renounced.”

On Tuesday, Barrett acknowledged that Catholicism was important to her, but pledged not to apply her religious beliefs to matters before the high court. She added that she and her husband knew that “our faith would be caricatured” and their family “attacked” as part of the confirmation process.

“We had to decide whether those difficulties would be worth it,” Barrett said about her nomination.

In addition to her traditional Roman Catholic roots, Barrett also has ties to People of Praise, a small, tight-knit Christian community composed primarily of Catholics. People of Praise emerged from a revival movement in the 1960s that prompted some Catholics to adopt charismatic Christian practices, such as prophecy and speaking in tongues. Barrett’s involvement in the community, which requires members to make a “covenant” to each other, sparked a significant amount of media scrutiny both in 2017 and now, during her Supreme Court confirmation hearings.

Over the past few weeks, Republican politicians ― including Trump and Vice President Mike Pence ― have objected to what they presumed would be the spotlight put on Barrett’s faith commitments. But it hasn’t been just politicians taking this stance. Some Catholic bishops have also been claiming that the questions Democrats in the past have raised about Barrett and other Catholic federal judicial nominees are anti-Catholic.

“What’s been playing out in Senate confirmation hearings and public debates over judicial nominees is a harbinger of future attacks on the Church herself and on any Catholic who holds with her enduring moral witness,” Chaput wrote in a blog for the conservative magazine First Things.

Archbishop Jerome Listecki of the Milwaukee Archidiocese also framed Barrett’s confirmation hearings against the backdrop of historic anti-Catholic sentiment in the U.S.

“America has never understood the Catholic Church, and politicians have often used fear of this global behemoth to garner votes, claiming that the Catholic Church would oppress freedoms,” Listecki wrote in a Sept. 29 blog. “Although Judge Barrett will be answering the questions presented to her, it is really the Catholic Church that will be on trial. Of course, this is not the first time and certainly will not be the last.”

Anti-Catholicism has a long history in America ― from laws that codified discrimination against Catholics during the colonial period, to mob violence against Catholic immigrants in the 1800s, to the prejudice that President John F. Kennedy had to navigate on his road to the White House.

A common thread through all these iterations of this discriminatory attitude was the notion that Catholics held “dual loyalty,” said Steven Millies, a scholar at the Catholic Theological Union in Chicago who studies the Church’s relationship to politics. The idea ― which can be traced back to the 16th century’s Protestant Reformation ― was that Catholics couldn’t be trusted to be loyal citizens of the countries in which they lived because they owed religious loyalty to the pope.

“From outside the Roman Catholic Church, because of the hierarchical organization and how legalistic the faith sometimes can look, it is easy to think that Catholicism is a top-down monolith and everyone obeys the pope’s orders,” Millies told HuffPost. “The reality, of course, is quite different.”

Plenty of political disagreement is evident among U.S. Catholics today. The religious group is roughly split between those who lean Democrat and Republican, and studies have shown that when it comes to issues such as abortion rights and immigration, Catholics tend to be more aligned with their political party than with the teachings of the Church.

Millies said he believes discomfort about Catholics’ participation in public life still exists because “history always is in the background.” Still, Millies said he’s “very skeptical” about claims that anti-Catholic sentiment is re-emerging in the U.S., given that Catholics have attained positions of political power and prestige.

Over 30% of Congress is Catholic, including House Speaker Nancy Pelosi (D-Calif.), giving the religious group outsized representation compared to their share of America’s population, which sits at about 21%, according to the Pew Research Center. With the addition of Barrett, two-thirds of the U.S. Supreme Court would have been raised Catholic. Catholicism is by far the most common religious identity among state governors, with 17 identifying as Catholics.

Pence characterizes himself as an “evangelical Catholic.” And Trump’s Democratic challenger, former Vice President Joe Biden, is vying to become the second Catholic to occupy the White House.

Robert Orsi, a scholar of American Catholicism at Northwestern University, noted that during the 1980s, Catholic and Protestant conservatives argued passionately that their religious ideas deserved a place in the public square. But now, it seems Christian conservatives don’t want their beliefs to be engaged critically in the public square, Orsi said ― they want Barrett’s beliefs to go unchallenged.

“If a justice were a member of even a moderately left group, let alone if he or she had lived in a left-commune, would conservatives not want to engage these ideas as they might inflect legal thinking?” Orsi told HuffPost. “This was literally the conservative argument in the 1980s.”

Faith isn’t just about emotion, it’s also about ideas, reason, reflection, and understanding, Orsi added. As a result, Barrett’s Catholicism has certainly shaped her thinking on important issues, he said.

“I wish she would say: Yes, I am a Catholic, and here is how that rich intellectual tradition informs my thinking,” he said. “Anything less is a dodge.”

It’s also important to consider how politicized the American Catholic Church’s public outreach has become, Millies said. He pointed to the Knights of Columbus, a fraternal organization of Catholic men that does charitable work and also engages in policy advocacy. The organization’s current leader was a liaison to lobbying organizations during President Ronald Reagan’s administration and an aide to the late conservative firebrand, Sen. Jesse Helms (R-N.C.).

During the vice presidential debate last week, Pence criticized Biden’s running mate, Sen. Kamala Harris of California, for questioning a federal judicial nominee, Brian C. Buescher, about his membership in the Knights of Columbus during confirmation proceedings in 2018.

Millies said he doesn’t see anti-Catholic bigotry in the questions Democratic senators have asked federal judicial nominees ― instead he sees “outsiders who do not understand the Church’s internal culture and who are concerned about its politicized, public witness.”

“My own read on the questions to Judge Buescher is that I am less concerned about anti-Catholicism than I am that someone outside the Church (Harris) can’t tell the difference between the Knights and a pressure group,” he said. “To me, that is far more worrying: Why are the Knights giving that impression at all?”

As the first member of a new ecclesial movement to become a candidate for such a high national office, Barrett’s case presents a new set of questions, Millies said. There is nothing wrong with Barrett making a pledge to People of Praise, he said, but people deserve to know how she weighs those commitments when she does public business as a judge.

At the same time, many American Catholics have likely been prodded by the Trump administration to see any questioning of the role of Barrett’s faith in her judicial philosophy as anti-Catholic, Millies said.

“It is a quick trigger for Catholics, too: the history ... the long immigrant experience of a ‘Catholic ghetto,’ all have cultivated a deep and persistent memory of being outsiders,” he said. “Canny political operators know how to deploy that history, which is a shame. It deprives us all of a better debate.”